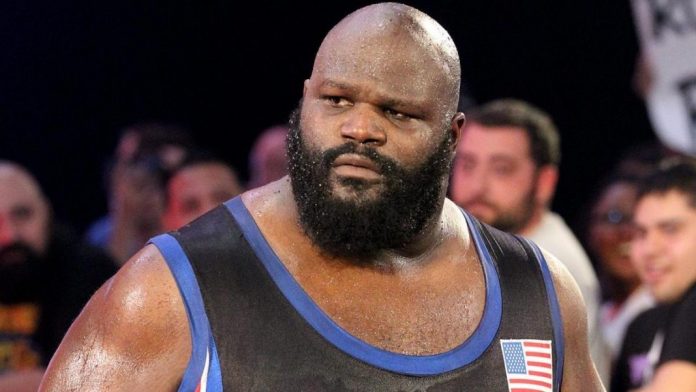 “The World’s Strongest Man” Mark Henry recently spoke with Shakiel Mahjouri of SHAK Wrestling for an in-depth conversation about various topics. During the discussion, Henry talked about the worst storylines pitched to him in WWE and more. Here are the highlights:

His strategy to get talent to take his advice:

“Well, a lot of it is experience. A seasoned producer, a seasoned writer, a seasoned agent or coach, can say to any athlete that they work with, ‘I’ve done it 150 or 200 times. You’ve never done it before. So why don’t you just take my advice and see if it works.’ 99% of the time, the athlete is like, ‘Let’s go.’ Then there’s that tiny, small spot where somebody will go against the grain, and you say, ‘Okay, well, let’s do it your way.’ That’s my philosophy. I want you to be able to show me that you can succeed. But if you fail, I’m gonna tell you, ‘Now, are we ready to listen.’ Some people fuss and fight and the talent tends to rebel against that. I don’t do that. It’s like, I’m gonna let you fail. Same with my kids. I let them fail because it means more when you pick them up when they see that you know what you’re talking about.”

What bigger wrestlers in AEW does he feel have the most promise:

“The proof is in the pudding. Wardlow is doing his thing. I know that Will Hobbs, Brody King, Lance Archer, and Satnam Singh is a hard worker. That’s the underlying trait of a wrestler where you can’t get enough. You’re always looking at videos and old school wrestling matches. Those people are the ones that make it because it’s not just that they’re a fan of it or that they like it, but they can see at the end of the tunnel already. It’s far away, but they can see it. They can see the million dollar houses and exotic cars and vacations in the Caymans. They can see all of the luxuries, but they also see Mount Rushmore and they desire to be on it. Those are the people that I like to work with because it’s really not working at that point. It’s just opening the door for them to come in. Satnam Singh is one of those guys. I mean, he just can’t get enough. It’s like to the point where I see him walk up and I go, ‘Oh shit. There goes an hour.’ I know he’s gonna want to pick my brain for an hour. But that is why they hire me is to take care of all of those people that have that potential, and the ones that don’t, push them to be more like the other guys.”

Why he feels storylines were created such as the Mae Young hand storyline and him going to a sexual therapist:

“The writers are the ones responsible for that. Because they’re little perverts (he laughs), I mean, just to put it mildly. Like, people say stuff and they really don’t believe all of that. You know, they’re trying to be entertaining, and back then in The Attitude Era, they wanted to push the envelope. There was a lot of shock jock stuff going on.”

His Mount Rushmore of strongmen in wrestling:

“Cesaro would be on the top of my list. That dude is ridiculously strong. John Cena. Big Show. Brock Lesnar. Ted Arcidi. Jacques Rougeau, that dude was strong.”