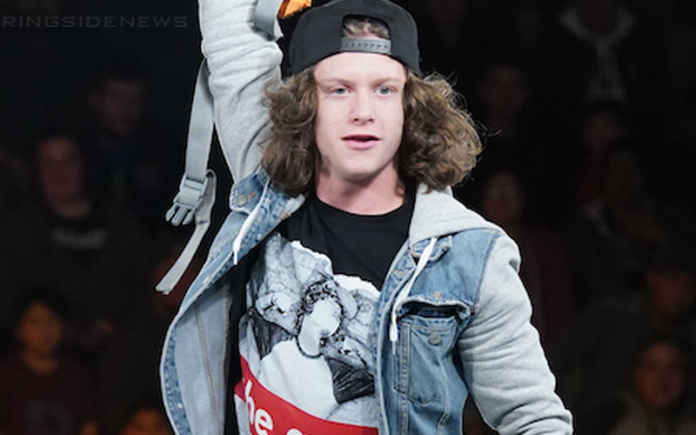 Stunt took to Twitter today to announce that as of now he is accepting indie bookings, and is open to working outside of the country. Stunt can be booked via bookthebestindabiz@gmail.com. He also revealed a number of open dates he has through May.

It’s interesting to note that the dates listed are all weekend dates, and none are Wednesday dates when AEW would be filming Dynamite and taping some Rampage episodes.

Stunt’s AEW status and future has been up in the air due to recent speculation. It was noted by the Wrestling Observer earlier this month how Stunt was still under contract and being paid by AEW, despite being off TV for a few months. PWInsider then reported last week that Stunt’s contract will be expiring soon.

It was noted that AEW is trying to be different from WWE by not releasing people who are under contract, unless it’s for disciplinary reasons, but there will be contracts that are not renewed when their deals come up if those wrestlers are not being used. At the time it was noted that this did not necessarily mean AEW will pass on renewing Stunt’s deal when his contract comes up, but The Observer pointed to how significant it was that Stunt was not being used when Jurassic Express won the AEW World Tag Team Titles from The Lucha Brothers earlier this month.

Stunt has not wrestled for AEW since teaming with Fuego del Sol for a loss to Shawn Spears and Wardlow on the October 4 Elevation episode, which was taped on September 29. His last singles match for AEW was a loss to Serpentico on the October 5 Dark episode, taped on September 11. Stunt then worked the GCW Fight Club event on October 9, teaming with Joey Janela for a loss to Starboy Charlie and Chris Dickinson. He also appeared at The Wrld On GCW last weekend.

Stunt debuted with AEW at the inaugural Double Or Nothing pay-per-view on May 25, 2019.

Stay tuned for more on Stunt. You can see his full tweet below:

As of right now, I am accepting indie bookings, and I’m ready to go anywhere! I have my passport as well 👀🤘🏼

I have open dates that’d I’d love to fill!