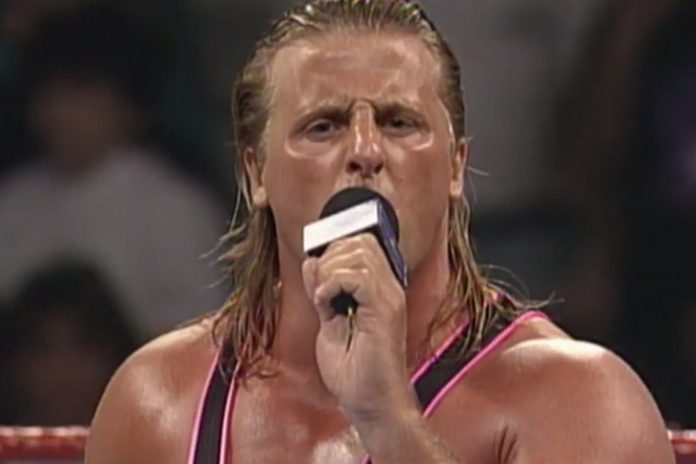 Martha Hart recently spoke with CBS Sports to promote Tuesday’s “Dark Side of the Ring” episode on the death of her husband, former WWE Superstar Owen Hart.

Owen passed away on May 23, 1999 at the WWE Over The Edge pay-per-view after a stunt for his entrance went wrong. Martha holds WWE directly responsible for Owen falling almost 80 feet to his death and says WWE took cost-cutting shortcuts on performing the stunt, hiring unqualified personnel and setting off a domino effect of catastrophic choices. Martha named Bobby Talbert as the “hacker” hired after experienced rigger Joe Branam had refused to do the stunt. Branam had done rigging work for The Rolling Stones and Elton John, among others.

“First of all, the stunt itself was so negligent,” Hart said. “They hired hackers they knew would do anything they wanted when they knew that proper riggers they had hired in the past had told them, ‘We won’t do this kind of stunt, it’s not safe.’ Everything about that stunt was done wrong. The entire set-up was wrong. The equipment was wrong — the harness, for example, was meant for dragging people behind a car. It was a stunt harness, but it wasn’t meant to suspend someone 80 feet above the ground.

“What was happening to Owen when he was sitting in that harness is, his circulation was getting cut off and he couldn’t breathe. Then, the snap shackle that they used, that snap shackle is not meant for rigging humans. It’s meant for the sole use of rigging sailboats. It’s a sailboat clip that, by design, is meant to open on load. By the very design of the stunt, it was meant to fail, because the weight of Owen on that clip actually made it more likely it would open spontaneously.”

Hart continued with more details on what happened and said Owen never questioned his safety as he thought WWE would be hiring people who knew what they were doing. She believes WWE had no regard for his life.

“Proper riggers have a few things they would never do. First, they would never do a stunt without redundancy,” Martha said. “That didn’t happen; there was no redundancy. Second, they never, ever, let the talent have any control into the stunt. These guys were telling Owen, ‘This cord taped here, don’t pull it until you get to the ground.’ That would never happen; proper riggers don’t rig things this way. The other thing is, WWE is a billion-dollar company. Owen never questioned his safety. He thought for sure they were hiring people that knew what they were doing. He was putting his life in their hands, and they didn’t care. They didn’t have any regard for Owen’s life whatsoever. They went outside of qualified riggers that had good experience.”

WWE has been criticized for years over how they ended up finishing the Over The Edge pay-per-view following a short break after the incident. Owen sad the wrestlers who worked the show could feel the dip in the ring where Owen well. She called Vince McMahon a poor leader.

“When Owen died, they scooped him out like a piece of garbage and they paraded wrestlers out to wrestle in a ring that had Owen’s blood, where the boards were broken from Owen’s fall and where the guys could feel the dip in the ring from where he fell. Just that disrespect and lack of respect for a human life that had just been lost,” Hart said. “The fact that they didn’t stop the show is just appalling. Vince McMahon was a poor leader, and he failed because that talent was looking for leadership and he failed them.”