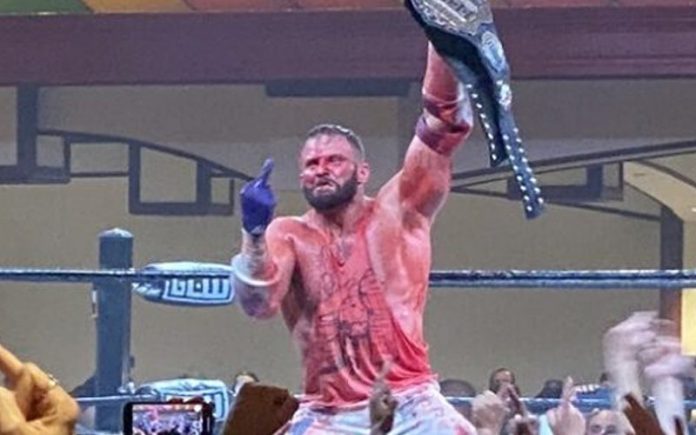 Cardona defeated Gage in a deathmatch to win the GCW World Title. Cardona rebranded the title as the GCW Universal Championship, which paid tribute to John Cena’s famous spinner belt, but lost it to Jon Moxley at The Art of War Games

Cardona noted that “I have retired from Death Match Wrestling” in a response to a fan on Twitter.

I have retired from Death Match Wrestling https://t.co/gCcgxNEf2D