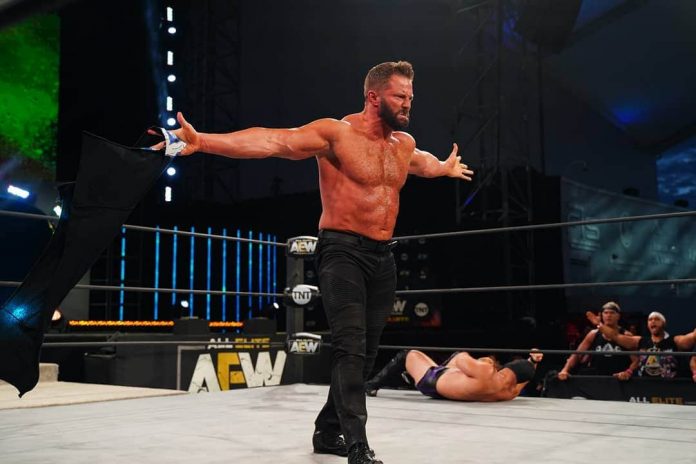 During an interview with WrestlingInc.com, Matt Cardona commented on how AEW was ahead of the curve when it came to producing television during the Covid-19 pandemic:

“It’s great that WWE [pressed on], and AEW said, ‘OK, we’re going to press on too, but we’re going to show you how to do it.’ So if you watch, WWE goes ”oh, hard cam’s here [and] they have people in the crowd,’ so AEW was ahead of the curve. They knew how to do it, and they did it so well.

So even like when I was wrestling, I didn’t realize that I wasn’t in this jam-packed arena because the way they have it set up and the fans around the ring, the wrestlers around the ring and everyone’s so vocal, and everyone wants the show to be great. From people in the back to people the ring want the show to be great. It’s such a great environment.”