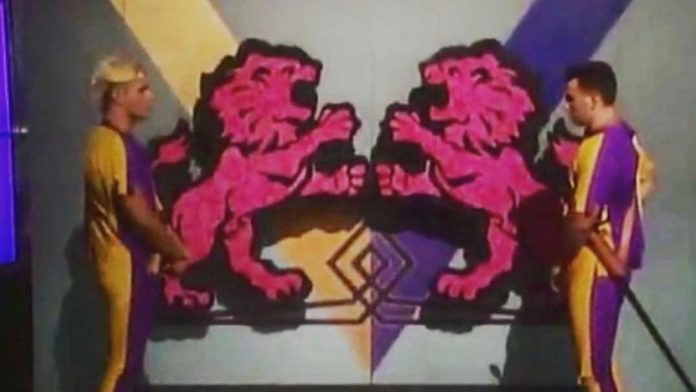 During the latest episode of The Extreme Life of Matt Hardy podcast, AEW star Matt Hardy discussed a wide range of topics. Hardy reflected on being a royal guard at the 1995 King Of The Ring pay-per-view.

“We ended up getting that gig. They told us, ‘Hey, we need you to come up a day early. We’re booked for the televisions to the Pay-Per-View and we have a role for you on the show.’ We’re like, ‘Oh my god. Are they going to have us wrestle or do a dark match? This is so cool.’”

“Then we got up there and they had these big gesture outfits. They were built for big muscle bodybuilder guys that did it the previous years. They were baggy on us and loose, which was so funny. Jeff and I found so much comedy in that. Then we went out and we obviously did the doors. I know I had an earpiece in and they would say, ‘Open the door. Close the door.’ The directions were very simple. I just had to listen to the earpiece.”

“There was one point where I remember opening a door and someone threw a drink down, like a fountain drink. It was just packed with ice and hard as a rock and hit me in the head. I remember it almost knocked me unconscious. I remember they just wanted us to be very stoic, very grim, and not change facial expressions. Then I was about to pass out. I tried all that I could do to regain my composure and just try to remain stoic and keep a straight face. So that was my biggest laughable moment about that.”