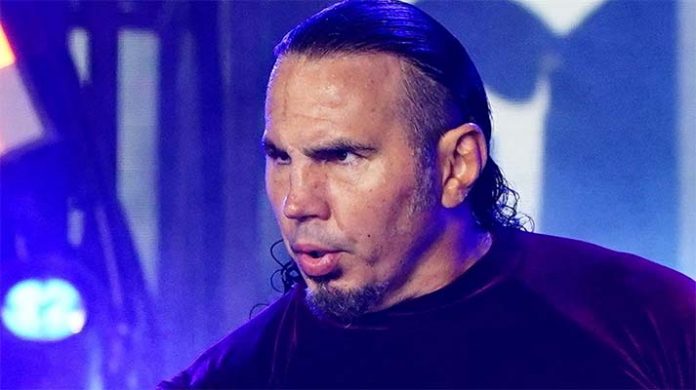 During this week’s episode of the “Extreme Life of Matt Hardy” podcast, Matt and Jon Alba took a retrospective look at the cage match that took place at WWE Unforgiven 2000  for the Tag Team Titles. In addition to that, Matt discussed a few topics related to the state of wrestling today.

In reference to the difference between longer matches and those that end with a gimmick, Matt said the following:

“In this day and age, and Tony Khan is of this mindset too, I think he would rather have a really great, kickass match, go out there for a long amount of time, not a long amount of time, but for enough of a time that you can have this be a magnificent match that is worthy of four or five stars, whatever it may be. That’s just kind of like his mindset. A lot of the die hard wrestling fans are like that now. There are some people who are more casual people that are cool with things that are shorter, they don’t mind it, and probably like gimmicky finishes. It’s just different mindsets and I think it’s good to have a bit of all of that. I think pro wrestling should be a variety show.”

According to Hardy, a significant number of heel wrestlers in today’s sport are preoccupied with what is written about them on the internet:

“I feel like some heels want to look cool because they’re worried about what people are going to say on the internet. Once again, f**k the internet. When it comes to feedback and opinions, you’re job if you are a heel out there, it is to do dumb sh*t and embarrass yourself and to always have the good guy have the advantage on you and to turn things around on you and make you look dumb. That’s the whole point of it, so you can’t be afraid to go there. There’s something to be said for that. I feel like too many current heels worry about what the internet says, like, ‘I really want them to say I’m good. I want them to think I’m good.’ That doesn’t matter. Your job as a heel is to be booed and have people hate you and to get heat.”