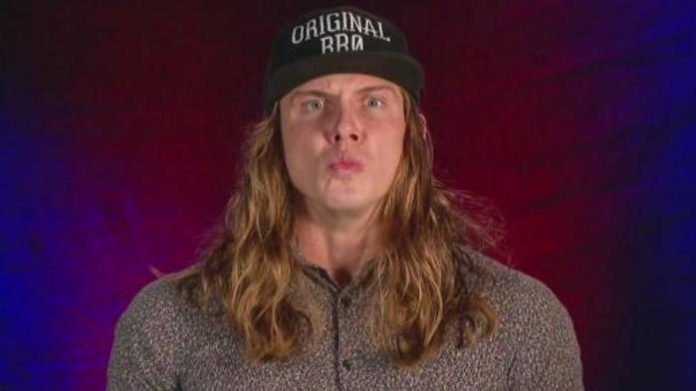 Matt Riddle has confirmed reports on how he recently had backstage heat for comments on WWE Universal Champion Roman Reigns.

As noted, Reigns recently took a shot at AEW star CM Punk and that led to Riddle responding during a Bleacher Report interview last month. In last month’s interview, Riddle said of Reigns, “No disrespect to Roman, he seems like a swell fella, but at the same time, it’s like when people say they’re a good parent. You know what? If you were a good parent, your kids would be telling you you’re a good parent. When he’s saying ‘Acknowledge me’ or ‘I move the needle,’ no, you don’t. You’re related to The Rock. Shut up. Like, I’m not impressed, I can beat you up in a real fight. So, shut your mouth. You’re not moving needles. I’m the real stallion, RK-Bro is moving the merch, we’re moving the needle, and that’s it. I don’t want to say too much, I’m not trying to get in trouble. Hey, hats off to him. He’s amazing at what he does. I do like what he does, but at the same time, it’s like, get off your high horse. You’re in that spot for a reason. You’re not a bro. You’re second generation. I’m first generation.”

It was then reported by the Wrestling Observer Newsletter that Riddle had heat within some circles in WWE, and that his comments on Reigns “ruffled some feathers” in the company.

In an update, Riddle spoke with Karl Batungbacal of The International Business Times this week and asked him if the heat rumors were true.

“I’ll comment on that briefly,” Riddle said. “I’m not trying to rub anybody the wrong way or say anything , but I made some comments [and] I’ll say this: I think they were all factual, just so you know. Kind of like I said, [I am] kind of telling the truth here. But I think, maybe, even if they were factual, they weren’t the most professional things to say, especially with me being on the Raw brand and him being on SmackDown. I’m not even in that realm of competing with the Tribal Chief. He’s on another level at this moment. I think maybe I got a little too big for my britches, you know what I mean? Maybe I got a little backstage heat. Maybe a tiny bit.”

Riddle continued and wouldn’t name any names, but reiterated that his comments didn’t go over well with everyone in the company.

“Unfortunately, I said some things that some people may not have liked and I’m not going to mention names, but they didn’t like it. I won’t say it again. I get it,” Riddle said with a sly smile. “Right now, all hail the Tribal Chief. Good for Roman [Reigns]. Acknowledge him. Everybody, acknowledge him, okay? That’s all I’m saying.”