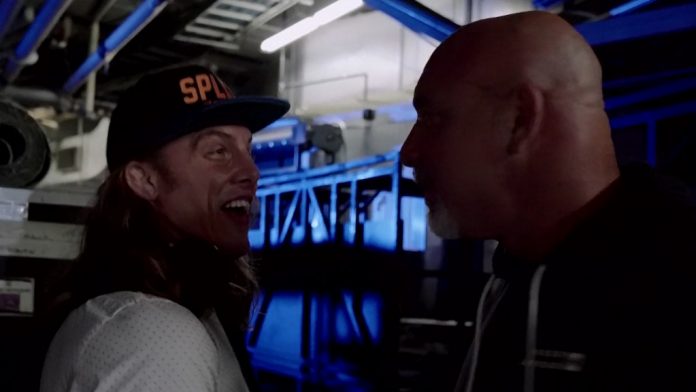 During a special edition of The Bump, Matt Riddle seemingly addressed the rumor without mentioning Goldberg by name:

“I heard there’s somebody special coming back on Monday Night RAW this week. I’m not going to mention names and start problems. I heard a rumor. I don’t know if it’s true but if it’s true I’m pretty excited.”

Goldberg and Riddle have a documented history behind the scenes. Back in December, Riddle did an interview with BT Sport and expressed interest in having a match against Goldberg despite their personal issues…

“I would love to have a sweet match with him. I think I’m good enough where I would do it. I think [I could] redeem him completely. I don’t have to win – I’m not that guy. I’m all about the quality of the work. If we could make quality work and if you would be willing to listen to what I have to say – and I’ll listen to what you have to say – I think it could be magical and I think the fans would eat it up. The guy really doesn’t like me and I really don’t like his work to be fair. From Universal Solider 3 and beyond, not a fan. But I get it, the guy has a presence just like I have a presence.”