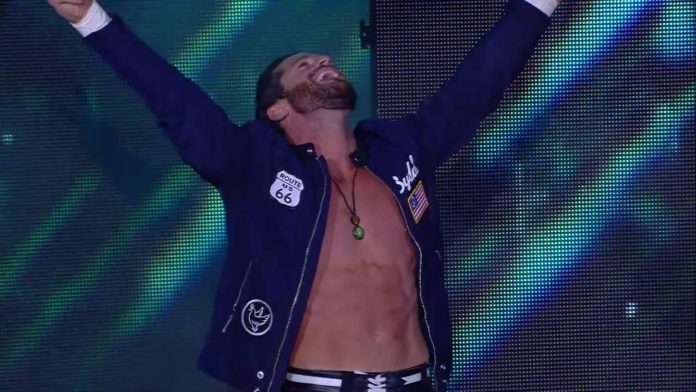 During an interview with Chris Van Vliet, AEW star Matt Sydal talked about his famous RKO spot with Randy Orton while he was working for WWE as Evan Bourne:

“There were some doubts from management that it was humanly possible, or physically possible. But it really was, it was just this perfect merging of two guys’ special moves, two guys’ finishers. The things that we, I don’t want to say we do it without thinking, but it’s just something we can do confidently.”

“I jumped, and there’s no control, so basically I’m jumping and if he’s there, I’m going to land on him. And if he jumps up to give me the cutter, I’m taking the cutter. To me, I basically have to do the same leap and dive. And then just as I come through, kind of as my head clears when I’d be able to see the ground, my opponent, it’s just instantly getting caught and hitting the ground. So I don’t really have a visual image of it.”

“This one was, I would say, the highest level of pain degree. Because I had the extra downward gravity of it. But I did land basically how would the best way to land: you just belly out and eat it. And that’s why I laid there after. Sometimes I have energy and I’m selling very energetically. On that one, I just ate it and there’s no wind left in me, there was nothing. So I just lay there like a fish. [laughs]”

“Yeah, I mean basically, he didn’t even hesitate. He was, ‘Oh yeah, that’d be cool.’ And I just said it’s possible, and it’s really like — it’s a challenge for him to jump up at the right time. And it requires a very high level of athleticism and timing. But like, Randy’s not, that’s not going to be an issue for him. He is athleticism and timing. So it just all fell into place that one weekend, right there in wherever it was, Ohio or something.”

Some of the greatest RKOs of all time 😤🐍