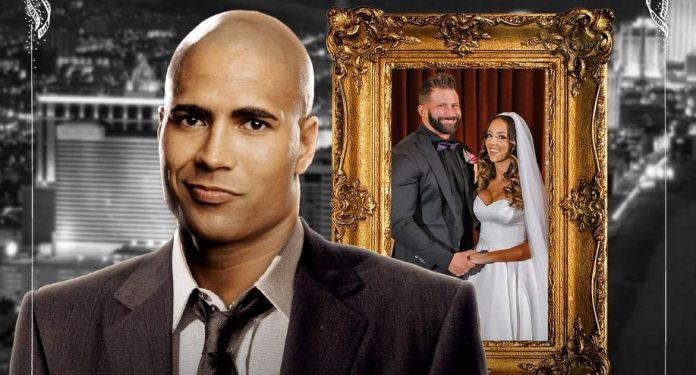 Former WWE Superstar Maven has been confirmed for GCW Homecoming.

GCW revealed that Maven will officiate Matt Cardon and Chelsea Green’s ceremony to reaffirm their vows on Night Two of the major event.

Cardona first revealed on Twitter in June that he and Green will be renewing their vows at Homecoming, “I was injured at a @GCWrestling_ show. @Lauderdale11 didn’t offer to pay for my surgery/rehab. He then wanted to unbook me from Homecoming…the show that I MADE FAMOUS! In lieu of suing GCW, we agreed that @ImChelseaGreen & I WILL be booked & inviting you all to our vow renewal!”

Cardona then announced the following:

.@ImChelseaGreen & I are renewing our Wedding Vows at @GCWrestling_ #Homecoming!

MAVEN will be the officiant! pic.twitter.com/yxjM1vTYAp

On May 28, when competing against Blake Christian at GCW Downward Spiral, Cardona tore his biceps. He had surgery on June 7 and was informed he would be out of action for 5 months, but he plans to return to the ring in September.

On Saturday, August 13, and Sunday, August 14, GCW Homecoming will be held from the Carousel Room of the Showboat Hotel in Atlantic City, New Jersey. FITE TV will broadcast the event live.

Here are the current line-ups for GCW Homecoming:

The Briscoes vs. Los Macizos