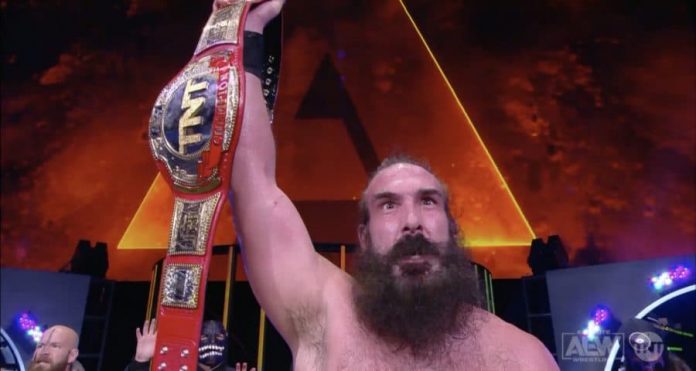 I’ve spent the past few hours absolutely stunned by the news that Jon Huber, known to wrestling fans as Brodie Lee, passed away from an extended lung issue at the age of 41. While details are just surfacing, his last match was in October when he dropped the TNT title to Cody, and he hadn’t appeared on the show since that time. Considering the way the world is while COVID restrictions are in place, I hadn’t given it too much thought when he wasn’t alongside the Dark Order recently. I assumed perhaps it was a minor injury since nothing had made the rounds on the rumor mill online or he was simply taking the rest of the year off until the start of 2021.

The outpouring of tributes for him on social media of not only his ability as a wrestler, but more importantly, his kindness as a person speaks volumes to who he was behind the scenes. Truthfully, I’m still in shock as I write this, an athlete with that much agility, seemingly still with at least five years left in his in-ring career, you just don’t expect to hear this news of his sudden passing. The story of his in-ring career is almost a familiar tale to some of his peers in AEW. He made a name for himself on the independent scene, signed a WWE deal, and was completely underutilized there so he sought opportunity with the upstart promotion.

Instead of covering that, I’d like to share about the few times that I met him because the circumstances really underscore the type of person he was outside of the powerful brute he portrayed in the ring.

As some might know from the occasional note in this column when it’s relevant or from the content of my Twitter page, I’m a play-by-play commentator in the Pittsburgh area, which I started when I was in college for a Communications degree that I earned. As is usually the case with the local circuit, you can work for an alphabet soup of organizations, but thankfully, I was offered a spot with a few of the smaller groups at the time. One of those was Far North Wrestling, an organization founded by local legend, T. Rantula, and run by the Polinsky family. Before he was Corey Graves on Monday Night Raw, Sterling James Keenan was one of the top stars in the steel city, often working his family’s event when he wasn’t touring different countries. Through the local scene, I met Keenan’s real-life brother, Sam Adonis, who welcomed me immediately at a fire hall in West Newton, PA. Mr. and Mrs. Polinsky were very kind to me when I met everyone in mid-2008.

I spent that first year in wrestling doing as many different meager tasks as I could. Usually, at local shows, I’d dart around the ring and occasionally have to dodge a flying wrestler as a ringside photographer. Other times, I’d tear tickets, sell t-shirts, or help label DVDs just to learn the ropes of the industry. By 2009, I started doing commentary for the now-defunct Pro Wrestling Express league. The Polinsky family was nice enough to give me the chance to broadcast some FNW events with radio and TV host, Jon Burton, a truly good guy that gave me a level of confidence in the pursuit of the Communications field. While I had done commentary for other groups around the area, when Far North Wrestling began their “Warriors” series of events the following year, I was asked to do commentary for the almost now-obsolete DVD release.

During this early time when I started to be involved in the pro wrestling industry, Brodie Lee was scheduled for a few of these FNW shows, as he was long-time friends with Sterling and Sam. Prior to this, I was familiar with Brodie Lee from Chikara, specifically because he was drawing comparisons to the legendary Bruiser Brody, who is one of my favorites of all-time. I met Brodie at these shows, and as simplistic as it might sound, he was just such a nice guy, but that in itself reveals so much of what so many have stated on social media. When I shook his hand to say hello for the first time in 2008, he greeted me with a smile and asked how everything was. Even after over 12 years in the wrestling business, with 11 of them as a commentator, I don’t really see myself as anyone important, but I really wasn’t important to the local scene in 2008. Brodie Lee had no reason in particular to be that nice to me, I could’ve been just another random person working the pop corn stand, but he was genuinely polite because that’s just the nature of who he was.

Later on, when I had the chance to call a few of his matches as a part of the previously mentioned “Warriors” shows, I asked him prior to the opening bell if there were any particular notes he wanted me to mention during his match. He said a few things about wrestling in New York and made a point to say thank you for taking the time to ask him. Hopefully, none of this footage still exist, as I sound so young and unpolished that it makes me cringe listening to it now. Again, I wasn’t anybody special, and he was becoming a known wrestler on the indies, but he seemed genuinely appreciative that I wanted to get information about his match on the card. Granted, I’m sure he didn’t remember me because he went on to meet hundreds of more people far more important than me in the wrestling business, but it always stuck with me how nice he was when he didn’t have to be.

In the time since I had the chance to call his matches in the now-demolished Ches-A-Rena, Brodie Lee’s tremendous talent took him to the biggest organizations in sports entertainment. He had the WWE run mentioned previously, where he should’ve been given more of a chance, and I still think that the original pairing with The Wyatt family was the perfect combination. A few injuries and a lack of direction in WWE might’ve hindered his progress, but his work in All Elite Wrestling really rejuvenated his career. While he was national, I opted for a slightly less famous path, earning a college degree and landing work in the broadcast industry. On the wrestling front, I continue to do commentary and currently work for both Fight Underground and Ryse Wrestling in Pittsburgh. Something that I learned from Brodie Lee is to always try to be as nice as you can to those you meet along the way in wrestling because you never know the impression you can have on them. I certainly appreciate the impression he made anytime I had the chance to talk to him, and his tremendous kindness at events.

My sincere condolences to his friends and family at this extremely difficult time. 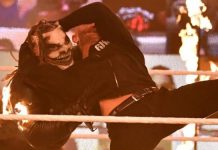 The Night WWE Jumped The Shark…Again