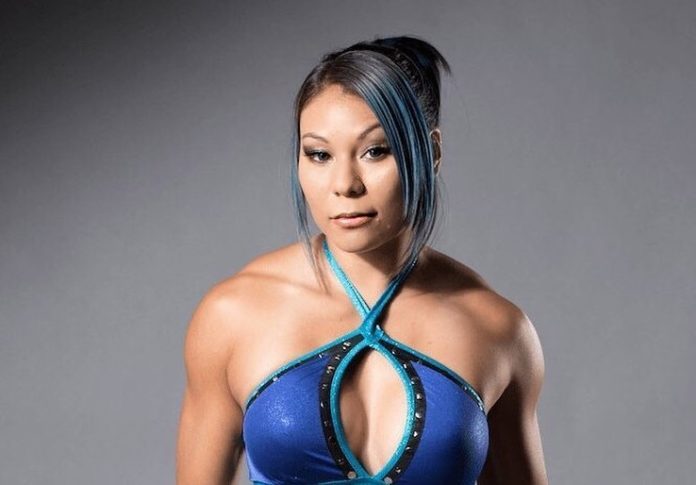 Mia Yim recently did an interview with Byron Saxton of WWE.com to talk about various topics. Here are the highlights:

WWE.COM: How are you settling into your role as an official member of the NXT roster?

MIA YIM: It’s a dream job come to life, although it doesn’t even feel like a job. I wake up every morning thankful for my life and that I’m able to go into the WWE Performance Center to train. I have tons of friends there, old ones from the independents and new friends that I have made since being on the roster. The work is hard, but I wouldn’t have it any other way.

WWE.COM: Then came the opportunity to compete in the Mae Young Classic?

YIM: Yes. I was invited to the first-ever Mae Young Classic. What a fun experience! I got to wrestle two friends from the indies, Sarah Logan and Shayna Baszler. It was kind of a full-circle moment because I wrestled both of them when they first started and then we got to showcase our skills on the big stage. I caught up with Nattie, Charlotte and Maria Kanellis, who continue to give me motivation and advice. I got overall good feedback from the coaches and agents. I received another invite to the second Mae Young Classic, but I was nervous because it would be my first big showing since my injury. After the numerous tryouts, extra work and the last Classic, I was determined to land a full-time spot on the NXT roster. I was lucky to be among all the great talented women in both Mae Young Classics, and even luckier to have the support of my fans at Full Sail and all over the world. They made sure to be heard and they made my dream come true.

WWE.COM: Lastly, what are your goals in NXT and beyond?

YIM: My goal in NXT is to become the next NXT Women’s Champion and to become a champion on either Raw or Smackdown LIVE. I must have a WrestleMania moment to see my parents cry in the stands. My goal is also to have a better record than Shelton Benjamin and to torment his life until the end of time. Outside of wrestling, my goal is to become a role model, a spokesperson to raise awareness of domestic violence. I want to be a role model who shows that whatever hardships or obstacles one goes through, if you want it bad enough and put it in the work, you can make anything happen. Long live the rose that grew from concrete.