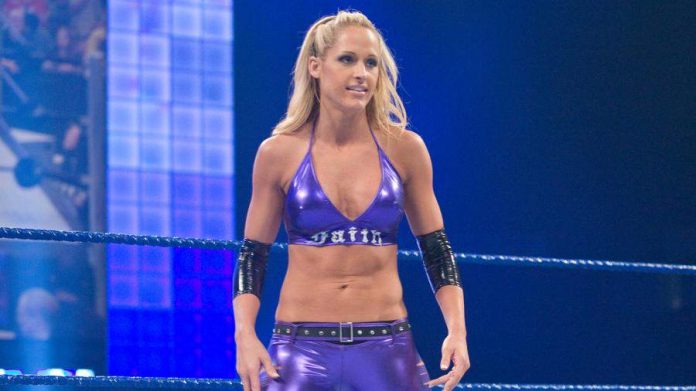 TOMORROW NIGHT, @AJStylesOrg challenges @JinderMahal for the @WWE Championship in Manchester on #SDLive at 8/7c on @USA_Network! pic.twitter.com/dl2Zd2MKgJ

– Above is a promo for Tuesday’s WWE SmackDown from Manchester, England, featuring AJ Styles vs. WWE Champion Jinder Mahal with the title on the line.

– Tonight’s WWE RAW from Manchester saw Asuka pick up an easy win over a local enhancement talent, billed as Stacy Coates. Coates was played by 23 year old UK indie wrestler Isla Dawn. Casey of SquaredCircleSirens reports that Dawn is one of several UK talents that received a WWE tryout this week. Dawn is a trained professional dancer with a background in kickboxing and boxing.

– Charlotte Flair and former WWE Women’s Champion Michelle McCool, who has been retired from in-ring action since 2011, had a Twitter exchange this week that looks like it could lead to a return by McCool for a match between the two. You can see their tweets below: