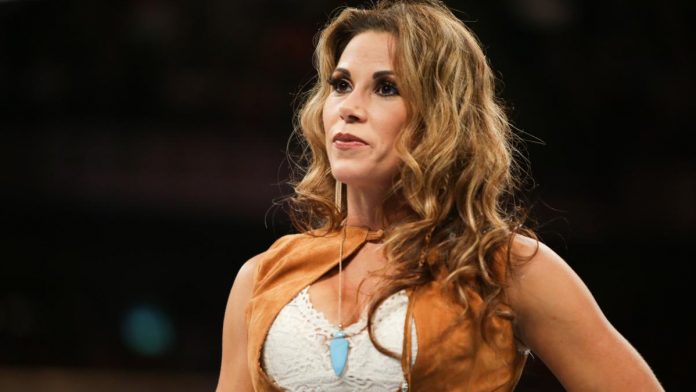 — It could be a while before Mickie James makes her SmackDown LIVE television debut since the decorated wrestler is reportedly out of action with a knee injury.

After joining SmackDown LIVE two months ago in the 2019 Superstar Shake-up, James wrestled her first match as a member of the brand last Saturday in Waco, Texas. Taking on Carmella, James injured her knee about five minutes into the match. The match ended soon after with Carmella scoring the win. James was briefly evaluated by a ringside physician before heading backstage with minor assistance.

Due to the injury, James did not wrestle as scheduled last night in College Station, Texas. According to a report today by F4WOnline, Zelina Vega replaced James in a match against Carmella and her injury is listed in WWE’s latest injury report. There’s no word yet on the severity of the injury.

— Jimmy and Jey Uso are ready to show the strength of their bloodline as they team with their cousin, Roman Reigns, against Drew McIntyre and The Revival tonight on Raw.