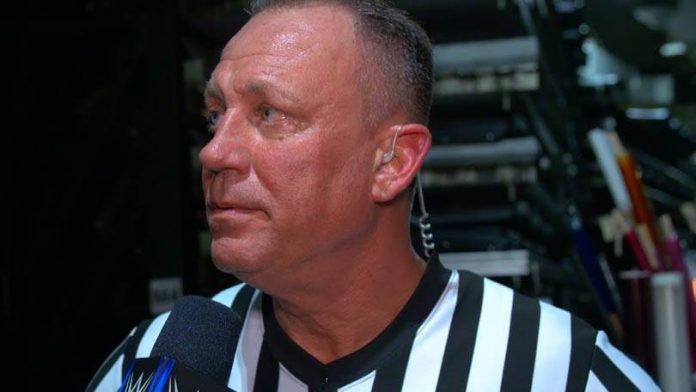 Legendary referee Mike Chioda recently spoke on the Battleground Podcast for an in-depth conversation about various topics. During the discussion, Chioda spoke in-depth about getting to officiate Ric Flair’s Last match later this evening, where he reveals that it will be the final match he referees in his prestigious 37-year career. Highlights from the interview can be found below.

Flair’s last match being the final chapter of his book:

How he was chosen to be the referee for the match:

“Conrad Thompson texted me. I know he’s family. He reached out to me. I do a podcast, Monday Mailbag with Mike Chioda for Conrad for about two years now. I do a lot of stuff for Conrad. He asked me to do this match and it was an honor to be asked and a great feeling. ‘Wow, Ric wants to do it one more time.’ I follow him on social media and saw him about eight months ago at another event. He’s got more spunk at 73. I’m 55 and I’m thinking, ‘Am I going to have that energy in 18 more years?’ On the boat, drinking a beer or two, fishing, hanging out.”