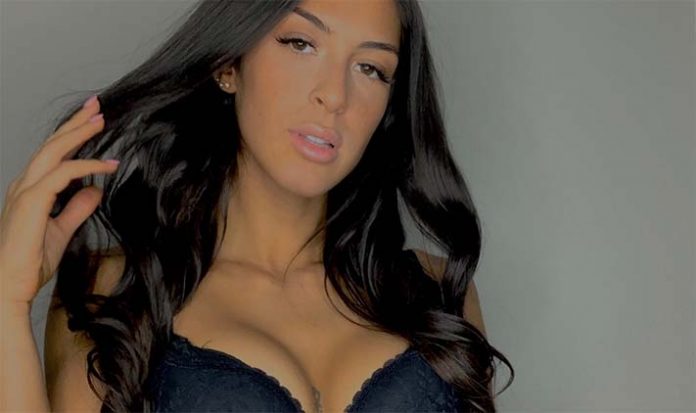 Mila Moore has been one of the bright up-and-coming stars in professional wrestling. Moore signed with WWE back in 2021 after a Las Vegas tryout. Throughout her time there, Moore trained at the WWE Performance Center. Moore would unfortunately be released in 2021.

I (Scott Michell, @ScottsScoop44) got the chance to speak with Kellie Morga, aka Mila Moore, for PWMania.com. We spoke about her beginnings, up to getting signed by the WWE, and more. Growing up, Moore watched professional wrestling and went to shows, but she never considered herself to be a “die-hard fan.”

When Moore got into college in 2015, the Women’s Evolution began and this piqued Moore’s interest. “There was a women’s tag match on, and I just saw these women who were so strong,” Moore tells PWMania. “I wanted to be that strong. I started working out a lot because of that.”

Moore decided she wanted to wrestle, but where she lived at the time had no wrestling schools around her. Moore took up Jiu-Jitsu for a little while because it was the only thing around her at the time. She ended up graduating from college and moving to Florida to go all in on her dream.

When Moore first started watching wrestling, Rhea Ripley just debuted. “I remember never seeing a woman like that,” says  Moore. “She’s so strong and different from what you’d normally see. I realized I had to be like that.” Ripley influenced Moore to work out and get stronger not just physically, but mentally also. 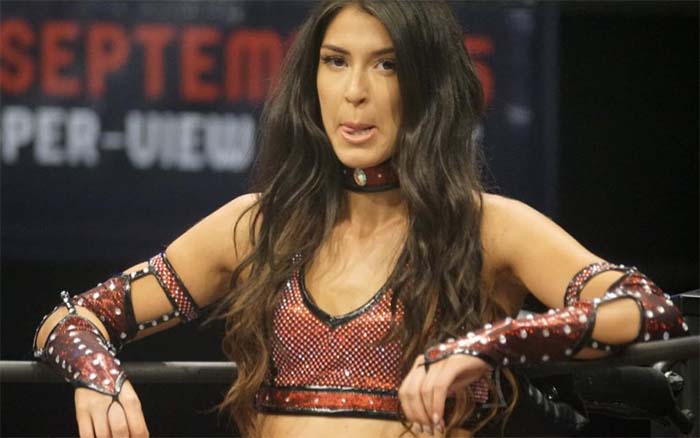 When Moore moved to Florida, she didn’t realize how many schools were in Orlando at the time. “At the time, I figured I can just do any of them,” states Moore. “I went to D-Von Dudley’s school and thought he’d never be there, it was just his name on the school. He was there every day. It was tough but you’ll learn quickly if it’s a real passion or not.”

Moore credits D-Von Dudley as being one of the toughest, but sweetest guys who did a great job at protecting his students. Moore’s first day wasn’t anything like she expected it to be. “I went into this storage unit, with no air conditioning,” says Moore. “I was sweating all the time. We would do two hours of workouts before we even started training.”

Moore remembers being very culture shocked by it all. “It was very intense,” says Moore. “It was so intimidating there. Everyone who trains there all trains a different way. It was intimidating with the coaches and everyone. When the time came for Moore to have her first match, she was ready.

“D-Von is very strict when you start doing matches outside of the school,” says Moore. “By the time I had my first show, I already had my tryout with WWE planned. I did my first show and it was a lot of pressure. I knew my tryout was right after this, so I was worried if I messed up, they would change their mind. It was intimidating, to say the least. The match was with one of my closest friends, Ava Everett. That was great. I felt very comfortable with her and it was great.”

When Moore found out she was getting a tryout with the WWE, she was working from home at the time. “I got an email for a tryout from the WWE,” says Moore. “It looked a little shady so I sent it to D-Von to make sure it was legit. I called him and asked him about it and he said he’d call me back. He ended up calling me back with John Laurinaitis and they said it was real. I just remember being shocked and crying after finding out that it was real.”

Moore would move to Orlando, FL to train. She lived roughly 10 minutes from the WWE Performance Center. “They flew me out to Las Vegas for the tryout,” says Moore. “We were there for three days and D-Von prepared me as if I was having a WrestleMania match every single day we were there.”

Moore says that it wasn’t an easy tryout and she felt a lot of pressure while she was there. “There were so many eyes on you,” states Moore. “The Vegas tryout had a lot of media, as well, to add to that pressure. At the end of the tryout, we did another drill for media. I felt a tap on my shoulder and it was Triple H. He shook my hand and said finish big and winked at me. I knew I was getting signed after that. I didn’t expect to find out right then and there. We went back to our locker rooms and they started calling names. It was very surreal.”

One coach that Moore worked closely with during her time at WWE was Robbie Brookside. “It was amazing to work with Brookside and all the coaches and talent there,” says Moore. “All the coaches there really just want to teach you. They all had very different coaching styles.” 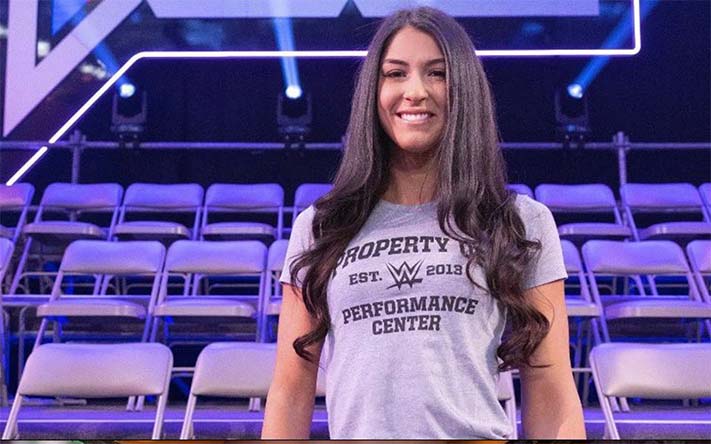 Moore says that everyone at the WWE Performance Center was a big family. There are a lot of people that Moore keeps in touch with and she can’t even imagine not knowing them now. Unfortunately, Moore got released in April of 2022.

“Right before releases come, there are rumors about it for weeks,” Moore states. “After NXT: Stand And Deliver, people knew releases were coming.” Moore didn’t expect it but knew they were coming. Before getting released, Moore had moved up into a new class at the WWE Performance Center.

“I was doing well and had a practice match that day,” says Moore. “I was very shocked. I got home and after training, I saw a missed call from a phone number. I called the number back and it was John Laurinaitis. I heard his voice and I went into shock and just blanked out.”

What’s Next For Mila Moore?

Moore is a big fan of women’s wrestling on the indies. “Kiah Dream is someone who I’d love to have a match with,” says Moore. Moore trained with her for a while and has never had a match with her, so she’d like to cross that off her list.

Moore still plans on being in wrestling. “I got signed very early, so I didn’t really navigate the indies before,” says Moore. “Right now, I’m just learning how to navigate all of that.” However, Moore’s main goal right now is to “learn how to wrestle the way I want to, find out who I want to be, and most importantly have fun doing it.”

If you’d like to support Mila Moore, you can check out her Twitter @itsmilamoore, Pro Wrestling Tees, and Big Cartel.