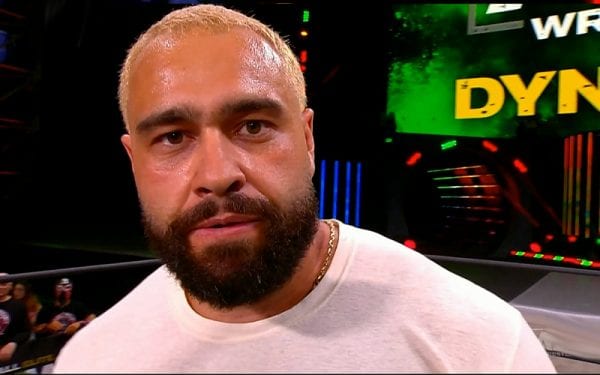 During an appearance on Busted Open Radio, Miro talked about his AEW Dynamite promo and if he’s concerned that Lana will get heat with WWE for what he said:

“Absolutely. At the same time, they should be professional and treat it as it is. It’s nothing personal, it’s a business. Hopefully, they treat it like that. I hope that it won’t hurt her. I pray everything will be fine and we should move on.”

“You gather feelings over the years. I’m usually positive and I never like to talk bad about anybody just because we’ve all done bad stuff, but there’s a certain time where you’ve put all your heart and story into certain things and you don’t feel like it’s coming to fruition for one reason or another. It was so disheartening over the years, so I have to — thanks to Chris [Jericho].

“I told him my idea and he said, ‘You should say about the brass ring.’ I was like, ‘Whoa, do I ask for forgiveness after?’ He was like, ‘No, you don’t have to ask for anything, you just do it. It’s a good promo.’ I was so shocked because it’s a different style. It was important for me to say because I meant all of these things. I needed to do one second to express my frustrations over the past ten years, then move on.

“I don’t want to talk about them anymore. I have no bad feelings. I am in a great position and everything was meant to be.”

"I needed one little second to express my frustrations for the past 10 years and now let's move on."@ToBeMiro discusses the powerful promo he cut on #AEWDynamite & the guidance he got from @IAmJericho 🔊@davidlagreca1 @bullyray5150 @TheMarkHenry @AEWrestling @AEWonTNT pic.twitter.com/1LC9hsQ5zY