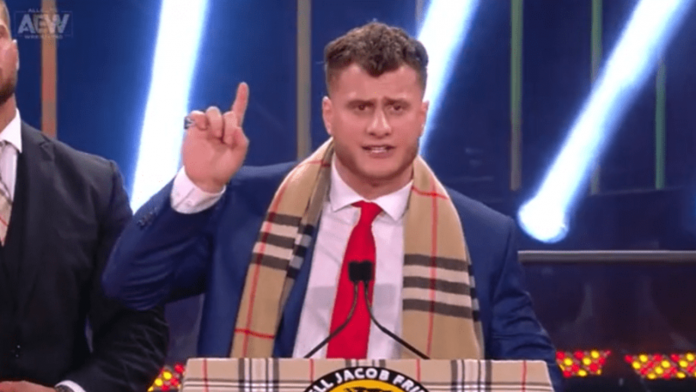 MJF is set to make a “big announcement” on this week’s AEW Dynamite Anniversary episode. AEW announced today that MJF will make a “huge announcement” on Wednesday’s show. MJF also commented on Twitter.

There’s no word yet on what MJF has to announce, but we will keep you updated.

#AEWDynamite Anniversary this Wednesday at 8/7c on @tntdrama https://t.co/9wJMjxVefg pic.twitter.com/UXqy4m6cC8