Major League Wrestling was informed yesterday that former World Middleweight Champion Lio Rush has elected to retire and focus on his family projects outside of the ring, following an injury.

“Lio is a brilliant athlete who made a difficult decision but one that I admire for his commitment to putting family first,” said MLW CEO Court Bauer. “I along with everyone at Major League Wrestling wish Lio continued success with the next chapter of his life and thank him for sharing his extraordinary talent with the world.”

As reported before here on PWMania, Rush announced his retirement on Tuesday night and said it’s because of a shoulder injury he suffered in his AEW debut at Double or Nothing. He also revealed that AEW wanted to sign him. Rush said he will finish up his NJPW contract obligations once he is healed, then he will be retired. Click here to read his full retirement statement.

Rush made his MLW debut at Kings of Colosseum in January and won the Middleweight Championship from Myron Reed. He only worked 4 matches for the promotion, the last one being when he dropped the championship back to Reed in early May. 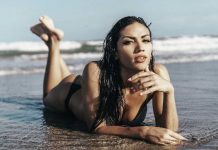