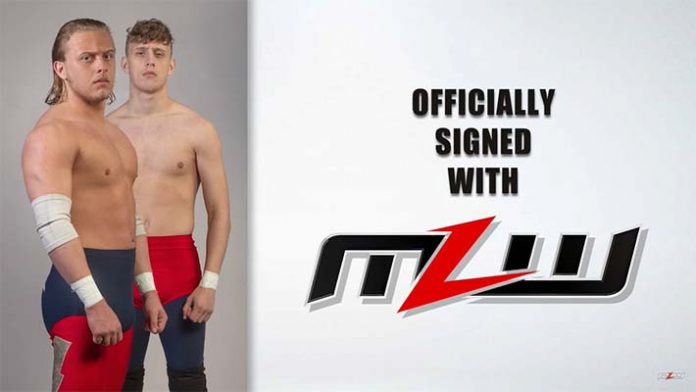 Tom and Mark Billington AKA The Billington Bulldogs have officially signed with MLW.

The signing was announced on Tuesday during the debut episode of “MLW INSIDER” by host Alicia Atout.

Tom and Mark are the nephews of The Dynamite Kid who was a member of the original British Bulldogs. The Billington Bulldogs made their MLW debuts at Fightland on October 30th as they teamed with Davey Boy Smith Jr against Alex Kane, Myron Reed and Mr. Thomas.

Tom and Mark Billington debuted back in 2018 as The Dynamic Duo and have wrestled in the UK, Canada and the USA.

With Marshall and Ross Von Erich potentially leaving MLW in June 2023, The Billington Bulldogs could step in and fill the void that would be left in the MLW tag team division.

Court Bauer has a keen sense of finding undiscovered talent that have potential to blossom into stars and signing them to MLW. Tom and Mark Billington may very well be the next big stars of MLW.

Here is the full episode of “MLW INSIDER #1”