MLW is set to make a huge talent announcement during tonight’s Fightland special on Vice TV.

MLW on-air talent & interviewer Alicia Atout appeared on The Wrestling Inc. Daily with Nick Hausman earlier today and said she will be breaking some big news during Fightland, about a “huge star” that is set to debut with MLW this fall.

“I will be the official host for a brand new segment. I’m sitting down with all of the talent that we are bringing on, and in terms of people who were on the show, it’s really just the hottest journalists and analysts within the wrestling business and we’re going to be changing that up every single time, which is super exciting,” Atout said. “New names, keeping it fresh and we go into unknown territory in wrestling. I don’t really know about a roundtable that is put within a wrestling brand or promotion show where they talk about other companies. It’s kind of that forbidden thing where you don’t mention it. It’s all hush hush, but we don’t beat around the bush here. We don’t tiptoe. We’re getting right down into it. We’re talking about the hottest topics within wrestling, and it’s all airing within our own brand being MLW, and the beauty of it too is of course, we are talking about some controversial topics, things that are just buzzing at the moment, but there’s also going to be a lot of breaking news.

“On the one that will be airing during Fightland tonight, I break some huge news about a huge star who’s going to be debuting with the company this fall, and hands down, one of my favorite wrestlers… yet alone, not just my words, coined by many, one of the best wrestlers in the world at this very moment will be coming to MLW, so I am so excited! The news will be broken tonight, and I think everyone’s in for a treat.”

Tonight’s MLW Fightland special will air on Vice TV at 10pm ET, and will be MLW’s first pro wrestling special to air on Vice. It will feature two big matches – MLW World Heavyweight Champion Jacob Fatu vs. MLW National Openweight Champion Alex Hammerstone in a Title vs. Title match, plus a Fatal 4 Way for the MLW World Middleweight Title with Myron Reed defending against Tajiri, Aramis, and Arez. Atout talked about what fans can expect on what will be MLW’s biggest show in history.

“We have two great events that are going to be happening during Fightland,” Atout said. “Of course, we have the massive main event, which is for our world championship. It’s [Jacob] Fatu going one on one against Hammerstone, and then we have a fantastic Middleweight Championship match, Myron [Reed] vs. Tajiri, which is insane, and Aramis and Arez, who are just two of the best luchadores I’ve ever seen live. It’s a stacked show, and then you have us in the middle giving you all of the news, all these scoops and just our opinions on some really neat stuff happening in the world of wrestling.”

Stay tuned for more from MLW. 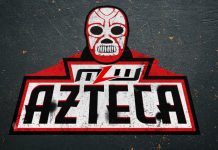 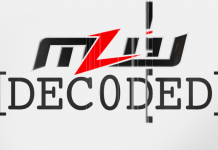