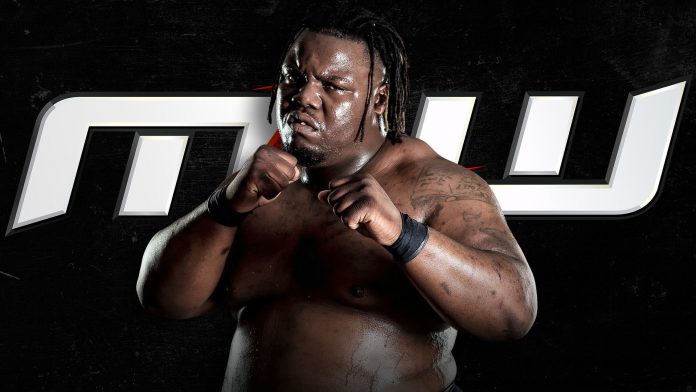 A division 1 recruited football player, Calvin Tankman is all about that super heavyweight hustle.

Standing 6’2” and weighing 355 pounds, Tankman is an instant threat to all in MLW, combining his size, heavy-hitting arsenal and uncanny agility to dominate the competition.

“Calvin caught my eye for his athletic explosiveness and versatility as a competitor,” said MLW CEO and Founder Court Bauer. “There isn’t anyone like Calvin Tankman in the sport today and it is our privilege to share this extraordinary competitor with the world.”

“I’ve been waiting for an opportunity to show what I can do at the next level and MLW has given me that opportunity,” said Tankman. “I want the money, championships, and everything MLW has to offer and I don’t care who I have to go through to get it. It doesn’t matter if it’s Fatu, Hammerstone, or anyone else on the roster when I step in the ring, I’m going to prove that I’m one of the best young wrestler in the world.”

Tankman put pen to paper on his MLW contract in May. Since then, the Indiana native has been readying for his debut.