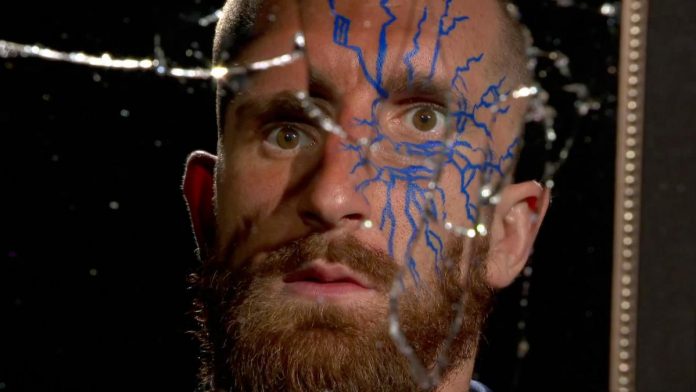 In the weeks following the Royal Rumble, vignettes aired on Raw of Mojo Rawley speaking to a mirror about his lack of success. The mirror was shown to be shattered the night after WrestleMania 35 and Rawley wore a matching shattered glass face paint design, stating that he finally “found himself.”

In this proclamation you didn’t see on Raw last night, Rawley reveals the truth behind the “shattered man” he was and the powerful Superstar he is now.

Rawley debuted his dark persona in the ring last week on WWE Main Event in a match against Heath Slater. He showed off his newfound mean streak and ultimately beat Slater with the Alabama Slam.