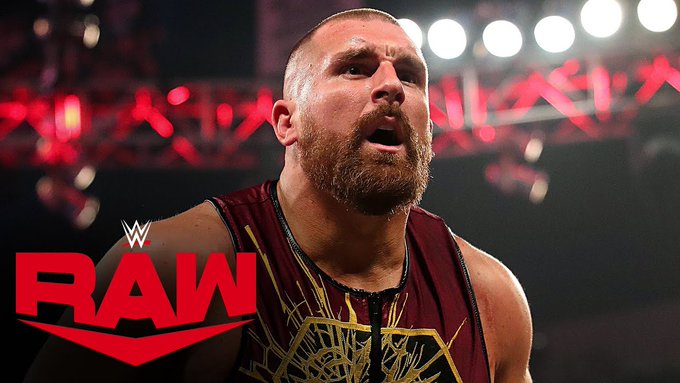 As noted, this week’s WWE RAW from the Toyota Arena in Ontario, CA saw Riddick Moss turn on Mojo Rawley to capture the WWE 24/7 Title. The win came after The Street Profits quickly defeated Moss and Rawley in tag team action. Mojo went to check on Moss after the pin, but Moss rolled him up and then ran away with the title. This was the first reign for Moss, and the end of the 6th reign for Mojo.

Above is post-show video of “Riddy Mo” revealing why he turned on his partner Mojo, and below is video of the tag team match and the title change.

Mojo’s former “offensive lineman” said he had to leave his former partner in order to grow.

“Mojo was great,” Moss declared. “I learned a lot from Mojo, but I learned all I can from Mojo. Riddy Mo has to be leave Mojo in order to spread my wings and truly grow, and fulfill my potential. This is great for the 24/7 brand. This is great for Riddy Mo’s brand. It’s a win-win. Oh, and I’m the best athlete that’s ever held this thing, ever. 24/7, 711, Waffle House… I’m open 24 hours. Come get some.”

Mojo took to Twitter after the loss and issued a warning to Moss, announcing that the target is on his back now.

“First, you lose the match for us,” Mojo tweeted. “Then, you sneak me while I was checking on your health. But worse than that, you fled with the title like a sissy. Looks like the 24/7 Title is the Cowards Championship once more. Target is on your back now @riddickMoss. @WWE #RAW”

Moss responded to that tweet, thanked Mojo and said the 24/7 Title is in a better place now.

“Thank you for all you taught me Mojo. It was a great run. I learned all I could from you. It was time to move on. The 24/7 Championship is in a better place now,” he wrote back to Mojo.

Moss made a separate tweet and said the win was legendary.

“On the night of his first match on #RAW, Riddy Mo wins a WWE Championship. Straight up Legendary,” he wrote.

You can see their full tweets below:

Thank you for all you taught me Mojo. It was a great run. I learned all I could from you. It was time to move on. The 24/7 Championship is in a better place now. https://t.co/SHF1EJ9z8b

On the night of his first match on #RAW, Riddy Mo wins a WWE Championship