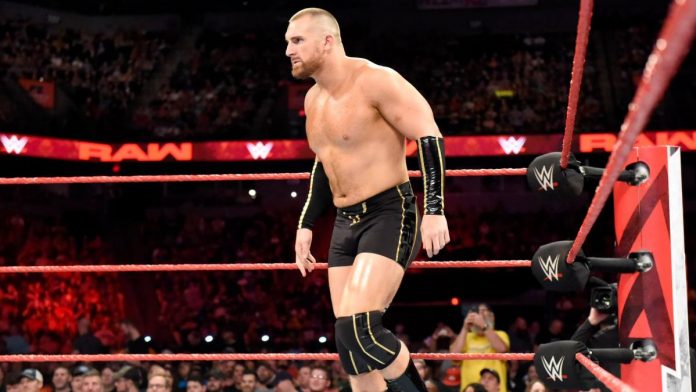 Mojo Rawley recently did an interview with SportingNews.com. Here are the highlights.

On NXT’s Move To USA Network:

The monster that NXT has grown into is nothing short of unbelievable. To having been there from very earlier stages from when FCW (Florida Championship Wrestling) progressed to NXT and starting out in essentially that little barn, the dingy gym if you want to call it, in Tampa to the Performance Center in Orlando and seeing the ride in-between, it’s been unreal but it’s well-deserved. It’s well-earned and it’s what the people want. So, it’s awesome that they’re going to be prime time on USA.

They are as unique as it comes and that’s why they’ve been upgraded to this platform. Then, NXT was essentially a stepping stone, an opportunity to showcase what you’ve got with the only goal to get to the main roster. Now, there’s guys on NXT that have no desire to move to ‘RAW’ or ‘SmackDown’ because a lot of people don’t consider moving to ‘RAW’ or ‘SmackDown’ a vertical move anymore. A lot of people now consider it a horizontal move.

On Being Present At The WWE Performance Center:

That’s really the only reason I still live in Orlando — is to go in on my off-days and train with Sean Hayes who puts on a world-class, all-encompassing fitness routine as far as nutrition, strength building, body maintenance, everything and you have the training program there and the staff there. There’s a new trainer there every week, I feel like and all of the guest coaches. It’s something special. I take advantage of it.

On NXT Providing Opportunities For Talent:

Wherever the opportunity is, wherever your talents will best suit you as far as whatever show, that’s where you should be especially with the fact that NXT is on USA. It’s a level playing field now. Now it’s just a matter of aligning your talent in the right field and taking it from there. And now, being on USA, the platform just keep growing. I don’t think being on USA will be the end-all. I don’t think it’s going to be the last big move or big step for NXT. It’s just going to keep growing. I don’t know what comes after this, but I’m excited to see.