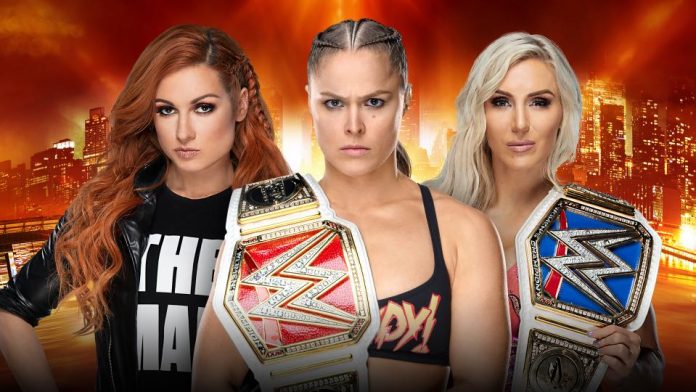 Becky Lynch overcame the odds at WrestleMania 35 by defeating both Ronda Rousey and Charlotte Flair in a Triple Threat Match to become both the Raw Women’s Champion and SmackDown Women’s Champion.

The finish saw Rousey nail Lynch with Piper’s Pit, but when Lynch hit the ground she pinned Rousey’s shoulders to the mat and the referee made a quick three-count. The controversy was over Rousey’s shoulders briefly but clearly lifting off the mat before the count of three, leading to rumors that the finish got botched.

According to a report by Justin Barrasso of Sports Illustrated, multiple WWE sources say that controversial finish went off as planned.

The loss marked Rousey’s first defeat in WWE and the finish of the match was designed to protect Rousey and keep her character strong. Because Rousey got her shoulder up for part of the pinfall that ended the match, the finish protects her and allows her to say Lynch did not legitimately defeat her.

Wrestling Observer Newsletter editor Dave Meltzer is also saying that the finish was not botched.

“Not a botch,” Meltzer wrote on the F4WOnline.com message board in a thread titled “The End of WrestleMania 35 was a BOTCH.”

Meltzer noted that Vince McMahon “decided on the spur of the moment” to do the controversial finish to build a rematch.

“Believe me, backstage nobody could figure out Vince’s call too harp on it past he decided on the spur of the moment it helps build a rematch,” Meltzer wrote.

Barrasso also reports that the WWE officials have made tentative plans for Rousey to face Lynch at WrestleMania 36 in Tampa, Florida on April 5, 2020.

In the interim, Rousey is likely to step away from WWE to pursue having a child with her husband, former UFC star Travis Browne.