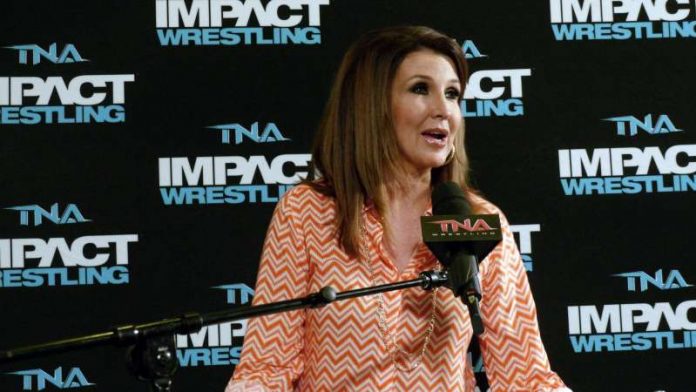 – Above is a new promo for the Flag Match between John Cena and Rusev at the July 23rd WWE Battleground pay-per-view.

– As noted, former TNA President Dixie Carter will be among those featured on tonight’s WWE 24 special on WWE Hall of Famer Kurt Angle. WWE posted the following on her appearance, noting that Angle worked for her from 2006 until 2016:

WWE Network’s popular documentary series, WWE 24, will go behind the scenes of WWE Hall of Famer Kurt Angle’s journey home to WWE in a brand-new episode tonight. WWE 24 – Kurt Angle: Homecoming will premiere immediately following Raw on the award-winning WWE Network and include several captivating interviews with Angle and those who know him best.

The latest installment of WWE 24 will feature exclusive commentary from many of Angle’s closest friends and colleagues, including Mr. McMahon and Dixie Carter, who worked with The Olympic Gold Medalist from 2006 to 2016.

– As seen below, Titus O’Neil and Apollo Crews trained at the facilities for the NFL’s Houston Texans earlier today before RAW tonight in the city: