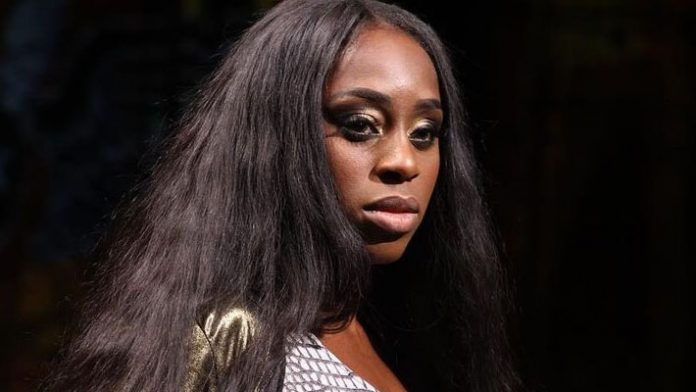 Naomi has given her opinion on the comparisons that have been made between her and the NXT talent Lash Legend.

During Tuesday’s WWE NXT episode, both Wendy Choo and Legend continued their feud by cutting promos against one another. One of Legend’s followers on Twitter referred to her as “off-brand Naomi.”

In response to the supporter’s question, Naomi emailed, “Absolutely NOT! Lash is in her own lane. I’m very proud of her and I look forward to her growth and success. Please stop comparing us black women for the wrong reasons. Respectfully.”

Absolutely NOT! Lash is in her own lane. I’m very proud of her and I look forward to her growth and success. Please stop comparing us black women for the wrong reasons. Respectfully.✌️

Since she and Sasha Banks walked out in May, Naomi has not made an appearance on WWE TV. WWE put them on suspension and stripped them from their Women’s Tag Team Titles. As PWMania.com previously reported,  Banks and Naomi have agreed to come back to the company, with Triple H taking over creative duties.

During this time, Naomi and Sasha Banks have been focusing their attention on various non-wrestling projects, including walking the runway during New York Fashion Week. Banks has also given the impression that she is working on a musical project at the moment.

Recent activity on Naomi’s part includes the sharing of an advertisement post for the digital release of Thor: Love & Thunder.

You all know I bring the Thunder. Which is why I loved watching Jane become the Mighty Thor in @Marvel Studios’ Thor: Love and Thunder. Get it now on Blu-ray & Digital, with exclusive bonus extras and deleted scenes. #AD @thorofficial pic.twitter.com/AJj4INPC7g