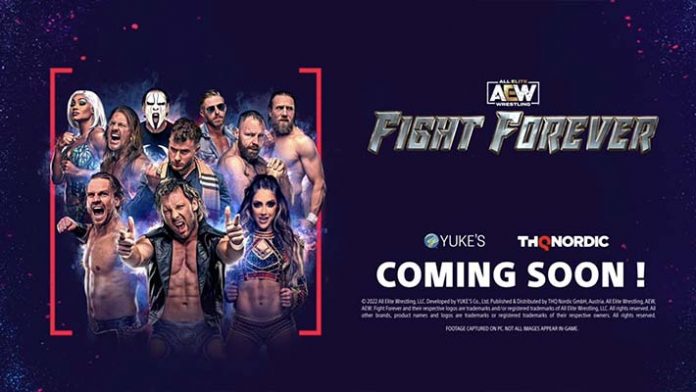 PlayStation has released a new trailer for the video game AEW Fight Forever.

Jon Moxley, Hangman Page, Chris Jericho, and Britt Baker appear in the trailer. The trailer emphasized the game’s features, which include a deep career mode, create-a-wrestler, various match types including Lights Out, and weapons.

The final image in the trailer appears to be new box art that no longer features CM Punk on the cover after he was originally scheduled to appear in the artwork. Following his negative comments at the All Out media scrum and later being involved in a backstage brawl with The Elite, he is apparently in talks with AEW about a possible contract buyout.

A release date has yet to be announced, though Amazon listed December 31, 2022 as the date when the game was first announced. It will be available for fans to play on Xbox One, Xbox One Series S/X, PlayStation 4, PlayStation 5, PC, and Switch when it is released. Yukes created it, and THQ Nordic will publish it.