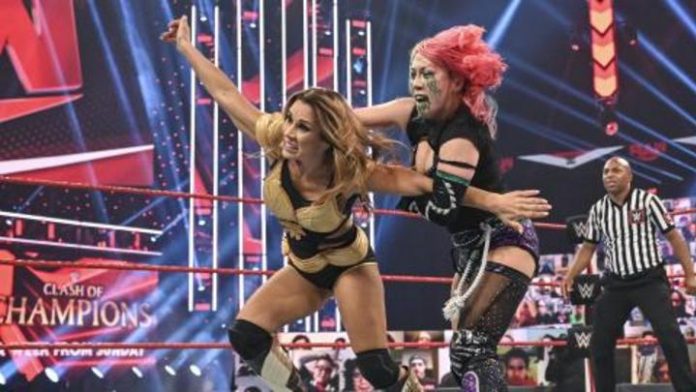 Mickie James is reportedly fine and did not suffer a shoulder injury during last night’s WWE RAW loss to RAW Women’s Champion Asuka.

It was just reported by Bryan Alvarez on Wrestling Observer Radio that multiple sources are saying the referee simply screwed up the finish. Mickie is not injured. It’s believed that the referee thought Mickie was hurt, so he called the match, but he was just wrong and it was too late to go back on the call.

As noted earlier today, there was some speculation that James may have suffered a shoulder injury in the finish, based on tweets from Lance Storm and WWE Hall of Famer Mick Foley. That is not the case. Last night’s finish saw the referee call the match while Mickie was down in the Asuka Lock. The call came out of nowhere and seemed to confuse everyone involved. It was then announced that the referee ruled that James could not continue the match. The referee could be seen checking on Mickie at ringside during the post-match in-ring angle between Zelina Vega and Asuka. Now we know that she is fine and not injured, according to Alvarez.