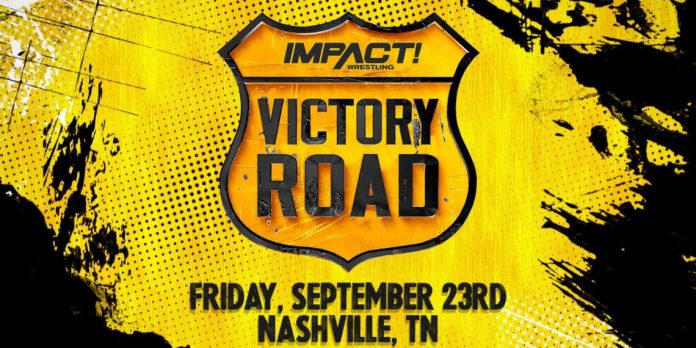 Delirious, a former ROH superstar and booker, will make his first Impact appearance since 2005 when he takes on Impact X Division Champion Mike Bailey at Victory Road. On this week’s Impact, Bailey successfully defended his title against Mascara Dorada. After the match, Executive Vice President Scott D’Amore informed Bailey who his next opponent would be.

Frankie Kazarian of AEW will also make a return to Impact at Victory Road. He has been announced for a Triple Threat Revolver match to determine who will challenge for the X Division Title at Bound For Glory. Kazarian, Mia Yim, Kenny King, Trey Miguel, Black Taurus, Laredo Kid, Alex Zayne, and Yuya Uemura will all appear in the Triple Threat Revolver.

Here is the current announced card for Victory Road: