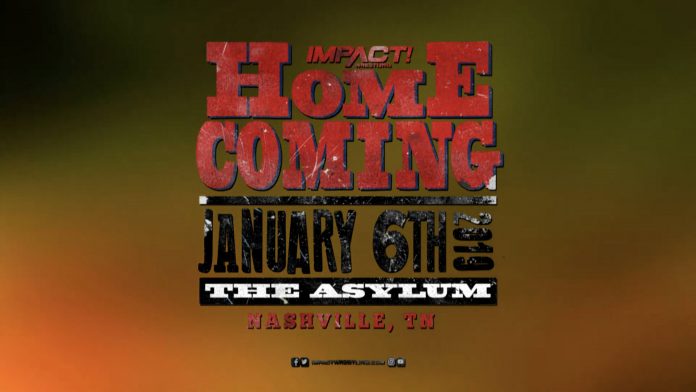 Impact Wrestling will hold their next pay-per-view event, which will be titled, Homecoming, at The Asylum in Nashville, Tennessee on January 6th, 2019.

New matches for the show was revealed during this week’s episode of Impact Wrestling on Pop TV as it was announced that Moose vs. Eddie Edwards in a Falls Count Anywhere and Jake Crist, Ethan Page, Rich Swann, and Trey Miguel will compete the Ultimate X match to crown a new X-Division Champion at this event.

BREAKING: At #IMPACTHomecoming we're going to turn them loose!

It'll be @TheMooseNation vs. @TheEddieEdwards in a Falls Count Anywhere match!

After four qualifying matches – the Ultimate X match at Homecoming is set!

Here’s the updated card for this show: