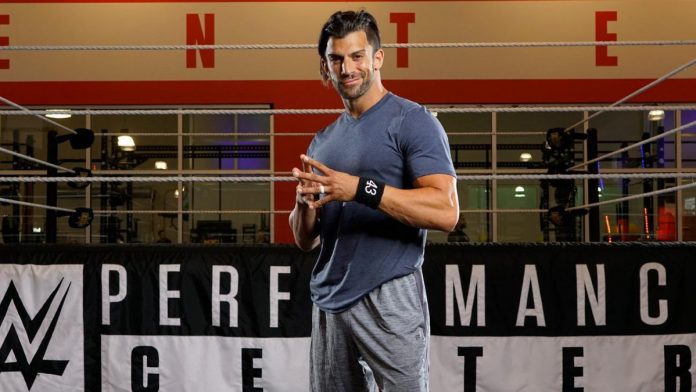 After arriving at the WWE Performance Center last week, Robert Strauss (formerly known as Robbie E in IMPACT Wrestling) made his WWE NXT debut at Thursday’s live event in Sanford, Florida. However, it was not as a wrestler or even a manager.

Dressed in business attire, Strauss led Indian wrestlers Rinku Singh and Saurav Gurjar to the ring and introduced himself not as a manager, but as a brand. Strauss said he’s creating a brand consisting of elite athletes from all over the world.

.@WWENXT debut for @RobertStrauss being an advocate for @gurjar_saurav and @RealRinkuSingh. He’s creating an enterprise consisting of elite athletes from all over the world. #NXTSanford pic.twitter.com/eqCTyTmIw0

We have the NXT debut of @RobertStrauss who leads Rinku and Saurav to the ring.

Robert Strauss is a brand. pic.twitter.com/yD3VL5HKWO

Gurjar then beat NXT newcomer Jermaine Haley (aka Jonah Rock) in a singles match. Strauss got on the apron to distract Haley, allowing Gurjar to pounce on him and score the pin.

Afterward, Strauss tweeted a photo of himself with his two clients and said that he’s building a brand.

Made quite an impression in the corner of @rinkusingh235 and @gurjar_saurav …In @WWENXT , I plan on building a BRAND! Tonight it began in #NXTSanford! #therobertstraussbrand pic.twitter.com/5uCcsBiKIV

Judging by Strauss’ introduction and look, his character seems to be a rib on All Elite Wrestling President and CEO Tony Khan. Some fans pointed out that Strauss looks like Khan.