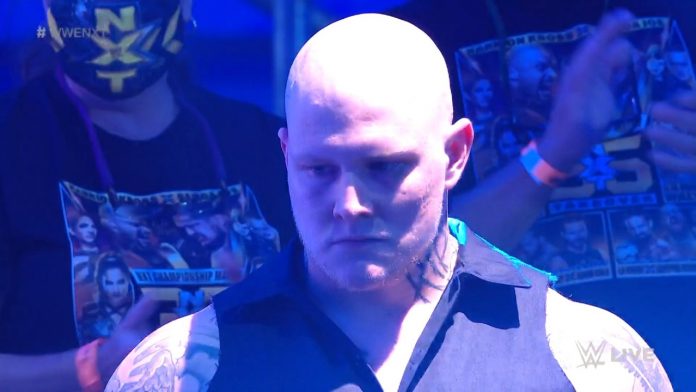 New details are being revealed on what led to Harland’s (Parker Boudreaux) WWE NXT release.

Harland was released in late April along with other NXT talents, and the reason given was budget cuts. It was noted then how Harland’s in-ring work was not progressing like some of the NXT officials wanted to see. It was then revealed this past week how WWE Hall of Famer Edge wanted to bring Harland into The Judgment Day stable on RAW.

In an update, the Wrestling Observer reports that Harland joining the stable with Edge, Damian Priest and Rhea Ripley was supposed to be a major secret as Edge told very few people. The plan was even kept from Harland.

Regarding Harland’s release, it was noted that WWE officials “found something out” about the former college football player, so they made the decision to pull him from the stable plans, and then release him based on that. It was also said that there was a feeling within NXT that Harland had stopped improving and he had developed a reputation of getting hurt too much early on in his career.

WWE officials were once very high up on Harland and they had high hopes for his future with the company, but that changed and despite the main roster plan, he was not receiving great recommendations from people in NXT.

There’s no word yet on what Harland has planned for the future, but he posted a teaser this week on Instagram and said his team is working on “huge things,” and that “the future” will be revealed soon. He also revealed that he’s growing his hair back out.

“306LBS [muscle emoji] [upwards trend emoji]… My team is working on HUGE things for me. The FUTURE will soon be revealed. And Oh yeah the hair is coming back too [fire emoji x 2],” he wrote.

Harland was pulled from the NXT storylines right in the middle of the program he and Joe Gacy were working with NXT Champion Bron Breakker.