– As expected, the new WWE Championship title belt’s side plates do in fact change.

The Rock’s bullhorns has now been removed from John Cena’s title and replaced with his own plates. Where the bullhorns used to be now has on one side the “U Can’t See Me” logo and the other side now has the “Cenation” logo.

– John Cena appeared on Varney & Co. on the Fox Business News channel with the WWE Championship title belt featuring his new side plates. During his appearance, Cena admitted to being “exhausted,” and discussed WWE’s business. When asked if the company’s key demo was “8 year old boys,” Cena replied that they have no target demographic since people from all walks of life watch the product. You can watch Cena’s appearance below.

– Cena also appeared on Good Morning America this morning and with the WWE Championship title belt featuring his new side plates. You can watch his appearance below:

– The new plates are also featured on the new shirt Cena is expected to be debuting on tonight’s WWE Raw. The new Cena “The Champ Is Here” t-shirts is already available to purchase at WWEShop.com by clicking here

. Here is a photo that Michelle Beadle of Access Hollywood and The Crossover tweeted of her and John Cena with the modified title. 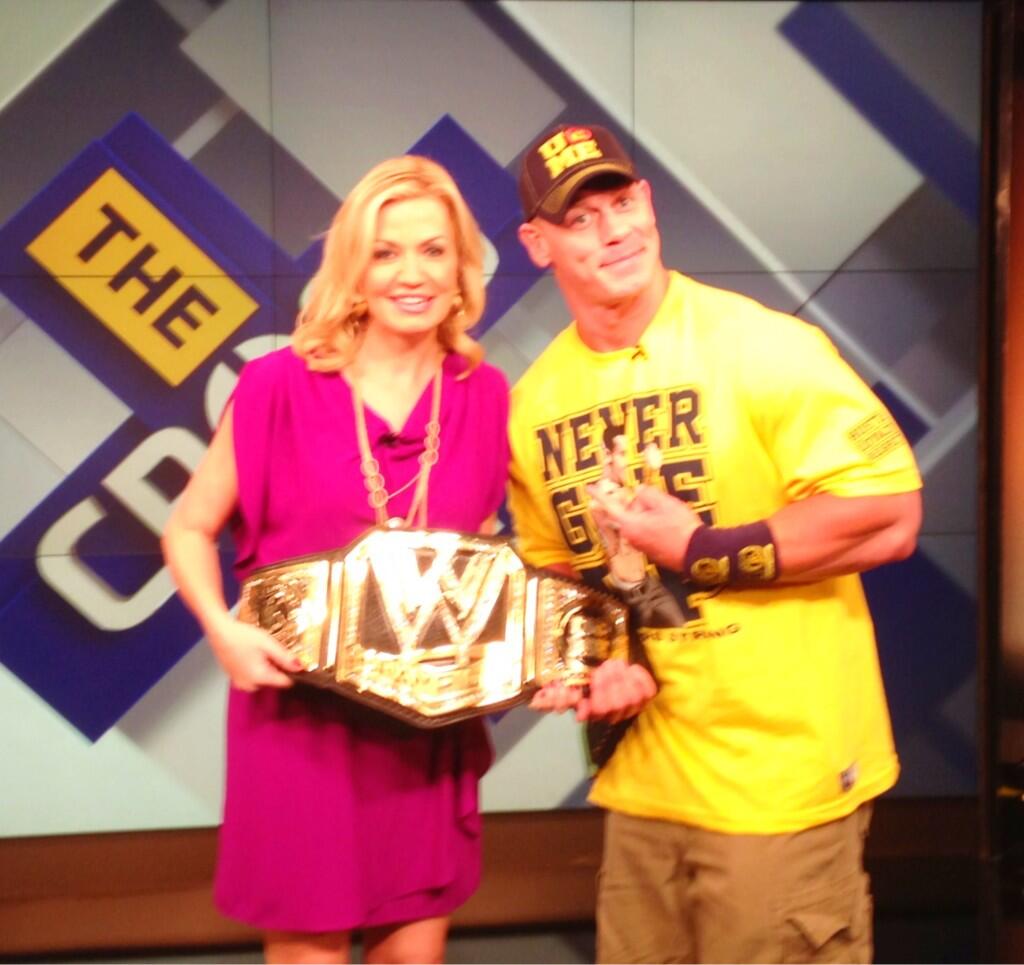