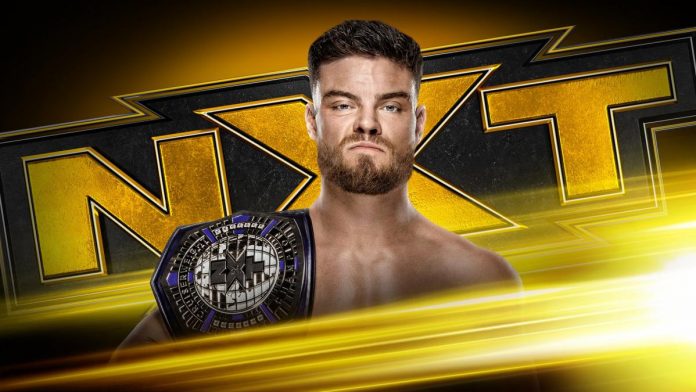 New WWE NXT Cruiserweight Champion Jordan Devlin will return to TV during next Wednesday’s NXT episode on the USA Network.

Devlin won the title at Saturday’s WWE Worlds Collide event by winning the Fatal 4 Way over Isaiah “Swerve” Scott, Travis Banks, and former champion Angel Garza. This is the first time that a NXT UK Superstar has held a title from the main NXT brand.

Charlotte Flair had been rumored for tonight’s NXT episode, but she did not appear. It’s possible that she will appear next week as she is expected to challenge the NXT Women’s Champion at WrestleMania 36 – which would be the winner of the “Takeover: Portland” match between Belair and Ripley, reported to be Ripley.

Below are the graphics for next Wednesday’s NXT show, along with the announcement on Devlin:

Jordan Devlin shocked the NXT Universe when he captured the NXT Cruiserweight Championship at Worlds Collide. Next Wednesday, The Irish Ace will make his first appearance at Full Sail Live.

Just what does Devlin have to say? Find out next Wednesday on NXT, live at 8/7 C on USA Network!