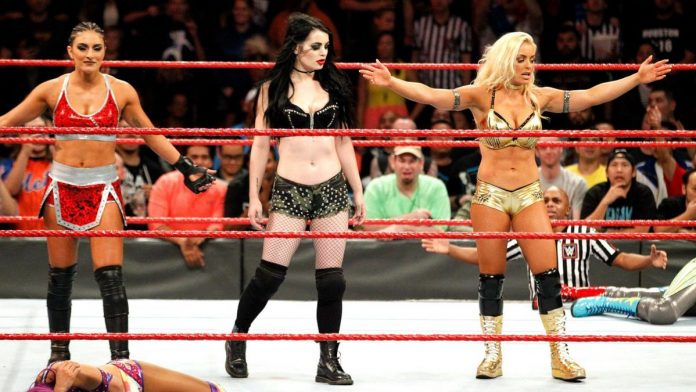 – Harper of the Blundgeon Brothers was sent home from the remainder of WWE’s South American live events over the weekend due to his wife giving birth. Harper’s wife went into early labor (about a month and a half early) and Harper is expected to be back on television for Smackdown Live this week. My congratulations go out to Harper and his family.

– WWE recently submitted a trademark for Paige’s new faction “Absolution” and you can check out a screenshot below: