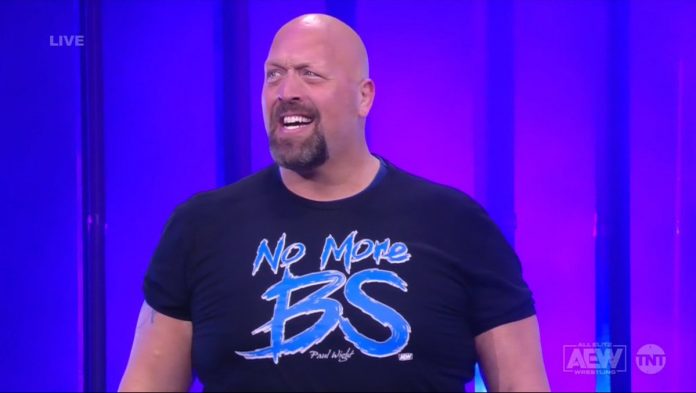 Paul Wight announced that he recently got a second hip transplant on Submission Radio Australia. He also hinted at something he’s working on with AEW.

When asked why he hasn’t been involved in AEW, Wight mentioned his hip transplant. He also discussed why he chose AEW and mentioned that there are some “really cool” things on the way.

“I had another hip transplant in December,” Wight revealed. “So, now I have two. I have two titanium hips. So, I’m like Wolverine. So, the process for me has just been rehab, physical therapy, get stronger. And my thing coming over here to be honest and be sincere is, I came over here to work on my commentary skills. Cause that’s where my future lies in wrestling, that’s where I came to contribute to the business. But I came over here to compete periodically in small dosages.

“Like, I don’t see myself running for championships. That’s not my gig. Maybe if it works and there’s a younger talent that I help bring up a lot, like a tag team championship, maybe. I’ve done my five nights a week for four decades. I’ve put in my time. Now for me it’s about not taking anything away from the amazing AEW talent here that deserves that TV time, that deserves that opportunity to make those connections with the audience, that deserves that ability to go out and earn pay-per-view paydays. This is their time. And for me, I’ll pick here and there and squeeze in. We’ve got some stuff coming down the line that’s really cool.”

He added, “I’m never going to be a guy that’s come in and bully my way, I’m gonna need my own dressing room, I need to be fighting for the title. That’s not my MO. I want the business to do well, I want the talent around me to do well, and I’ll be okay.”