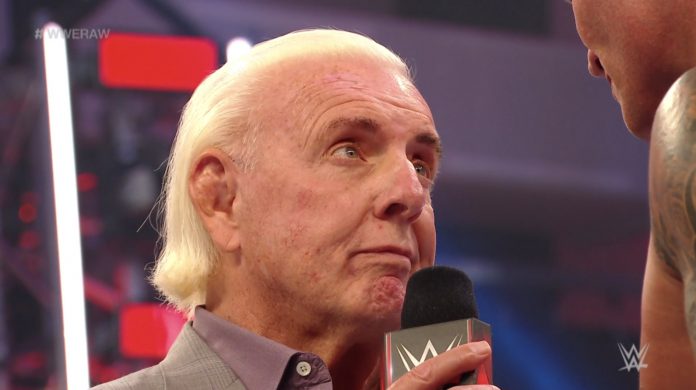 As PWMania.com previously reported, this week’s edition of WWE RAW ended with Randy Orton turning against Ric Flair with a low blow and a punt kick. However, viewers did not actually see the kick due to the lights flickering out. After RAW ended, Flair was taken out of the building on a stretcher with WWE Champion Drew McIntyre by his side.

The segment was designed to write Flair out of storylines heading into the Summerslam PPV. WrestlingNews.co noted that the angle was done because the “feeling is that it’s better to solely focus on Orton and McIntyre and there would be no need to use Flair in this feud.”