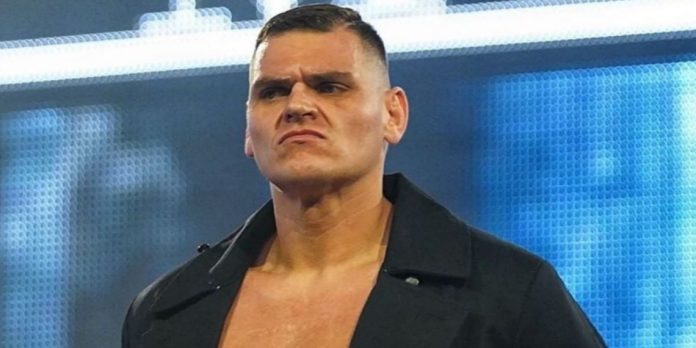 It looks like there may be more to WWE apparently changing WALTER’s name to Gunther Stark.

As we’ve noted, WALTER defeated Roderick Strong in last night’s WWE NXT main event and then indicated after the match that his new ring name is Gunther. This came after it was revealed that WWE filed to trademark the “Gunther Stark” name last week, leading to speculation that this will be WALTER’s full ring name moving forward. WWE is receiving criticism over the apparent name change as “Günther Stark” was also the name of a U-Boat Commander who served in World War II in the Kriegsmarine, the navy of Nazi Germany. Kapitänleutnant Stark died at the age of 27 on June 8, 1944, while at war in the English Channel.

In an update, current AEW star Kyle O’Reilly made a tweet back on December 26, 2019, while Imperium was feuding with The Undisputed Era in NXT, where he referred to WALTER as Gunther. This indicates that there may be some sort of backstory to WWE now using Gunther as WALTER’s new name.

“Ha, that’s assuming between now and then GUNTHER doesn’t get distracted by a chocolate river, falls into said river and the Imperiumpa Loompas do some weird German dance number. Highly likely scenario,” O’Reilly wrote in response to a WWE On FOX tweet that asked if Imperium vs. The Undisputed Era at WWE Worlds Collide could be just WALTER chopping O’Reilly the whole time.

It should be noted that WWE still has not confirmed the name change, and there’s been no mention of the “Gunther” name on the official WWE website, roster, or social media channels.

There had been some speculation on “Gunther Stark” being the name of a new NXT Superstar, possibly linked to the injured Zoey Stark, but now it looks like this could be the new ring name for the leader of Imperium. There’s still some social media speculation on Stark possibly being aligned with WALTER when she’s able to return.

Stay tuned for more. You can see the full O’Reilly tweet from 2019 below, along with related shots from last night:

Ha, that’s assuming between now and then GUNTHER doesn’t get distracted by a chocolate river, falls into said river and the Imperiumpa Loompas do some weird German dance number. Highly likely scenario. https://t.co/HdHkmJoRfm