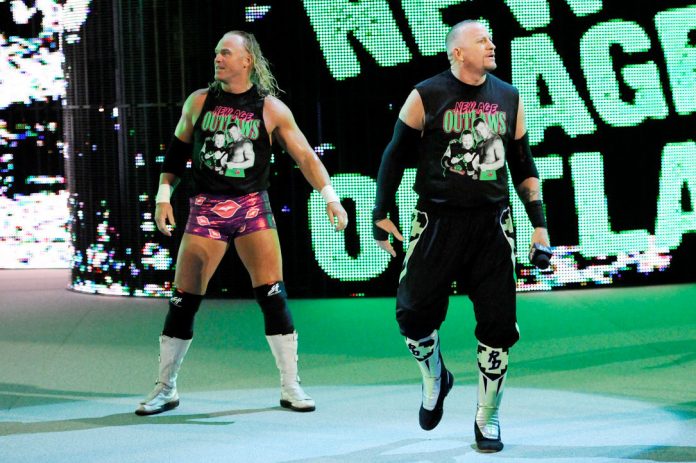 Since being released from WWE, “Road Dogg” Brian James has been announced for the 2022 Squared Circle Expo in April. James will be reunited with his former New Age Outlaws tag team partner Billy Gunn at the event.

James confirmed on Twitter that he will be taking bookings soon:

“Just wanted to let everyone know that I will start taking bookings after Feb 8.

Email BookRoadDogg@gmail.com – I will only be doing appearances & seminars. The D-O-Double G will not be lacing the boots up. Thank u all for the love & support.”

Meanwhile, Gunn filed a trademark for the term “New Age Outlaws” on January 7th for merchandise purposes. The trademark description reads as follows:

Appearing courtesy of Prestige Management, it is our pleasure to announce the addition of the @BrianRDJames & @RealBillyGunn THE NEW AGE OUTLAWS to the guest roster for #SCX2 happening April 15th – 16th @ the Wyndham Indianapolis West in Indianapolis, IN!https://t.co/R3VvOAo2DN pic.twitter.com/kpS3AglwFI