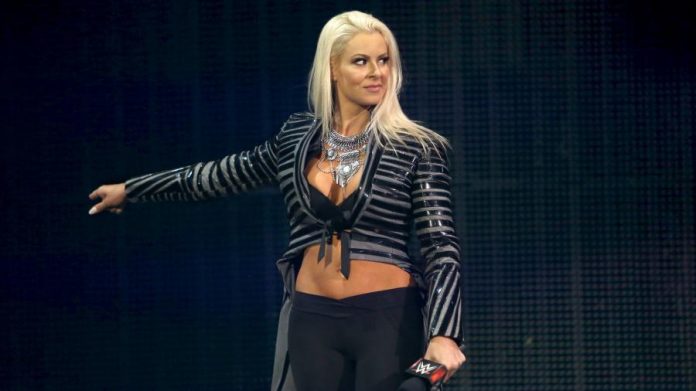 – WWE NXT posted this video of Tino Sabbatelli and Riddick Moss confronting The Street Profits as they check out Tino’s Maserati outside of Full Sail University.

– Charly Caruso will be hosting WWE’s “Best of RAW and SmackDown 2017” DVD that comes out on February 27th, 2018. WrestlingDVDNetwork.com notes that the set will have more than 8.5 hours of content. Below is the official synopsis:

“2017 saw new WWE Superstars win championship gold, legends return to glory, and moments that made the WWE Universe say, “This is awesome!” Relive every match and major moment from RAW and SmackDown Live and see why 2017 was a year that will never be forgotten.”

– Nia Jax noted on Twitter that there are some issues between she and Maryse on tonight’s Total Divas season premiere, which will see Nia, Carmella and RAW Women’s Champion Alexa Bliss join the cast. Nia tweeted:

Some miscommunication goes down tonight between @marysemizanin & I ?! It’s just like me to start off with a bang ?! @totaldivas #Germoan pic.twitter.com/kGkTMB6IuF

Germoan definition: when rage from my German & Samoan side combine and sh*t gets REAL ???! My Cbad family knows what that means ?!