Nick Aldis is leaving the NWA, where he has largely served as the promotion’s in-ring face since 2017. Aldis announced in a subscriber-only Instagram video that he has given his notice to the NWA, where he is scheduled to compete next week at NWA Hard Times 3.

Aldis made it clear in the video that he is dissatisfied with the NWA and its current direction. Aldis was removed from the NWA Worlds Heavyweight Championship match at NWA 74 in July after speaking out about his issues with Billy Corgan’s vision.

“I gave my notice to the NWA. I’ll be a free agent on January 1st. Once I figure out how to do videos for subscribers only I’ll be back with more insight on the decision, conversations with Mickie and my agent and more… Love you all,” Aldis said.

Pwinsider.com previously reported in July that “Aldis has been critical of the creative direction for the NWA, which is 100% Corgan’s vision at this point, and that led to a breakdown. Another source stated that there was “magma level” heat towards Aldis for promoting himself above the NWA and for his constantly speaking out regarding Corgan’s creative decisions.”

On November 12th, Aldis will face Odinson at NWA Hard Times 3. According to a new report from PWInsider, his contract expires in January 2023. 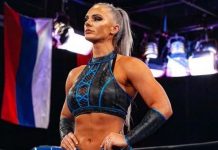 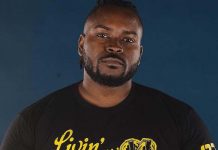