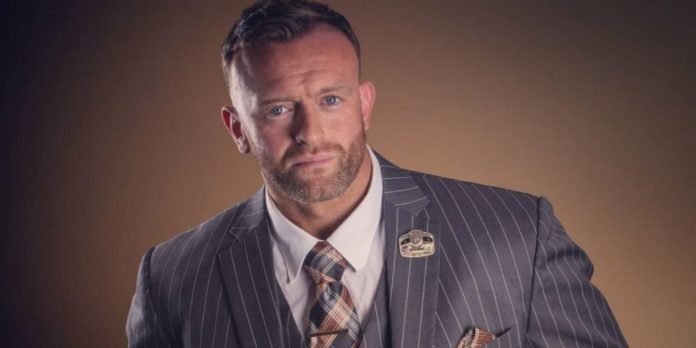 Nick Aldis recently spoke with the folks from Wrestling Inc. for an interview.

During the discussion, the former NWA World’s Heavyweight Champion reflected back on his pair of matches with “The American Nightmare” Cody Rhodes at the ALL IN pay-per-view in Chicago and the NWA 70th Anniversary special event in Nashville.

Featured below are some of the highlights from the interview where he shares his memories on the two matches.

On working with Cody being easy and how they were originally planning to have a trilogy of matches for the NWA World’s Heavyweight Championship: “I don’t recall it being very tough. I think that after All In, and when we had the rematch, things were a little more challenging, because by that time, Cody had given his notice to Ring of Honor. And so Ring of Honor were not as willing to give him everything he wanted, because Cody and I wanted to do a trilogy. And that basically got shot down after he told Ring of Honor that he was moving on, because they basically said, “Well, we are doing you a favor by allowing you to do these NWA title matches. We’ve already agreed to the rematch in Nashville that’s already sold out, so go ahead and do business and that’ll be the end of it.”

On how he and Cody never discussed the finish to their match at ALL IN: “So I know that Cody was frustrated and upset with that, but I don’t think that had… He and I are great dance partners … The process with Cody and I was probably the easiest I’ve ever had. One of the easiest I’ve ever had. Because, I don’t know, I think we have the same philosophy on the wrestling business. I really do. And I think that a perfect way to exemplify what I’m saying is, we never actually even discussed the finish for All In. No one ever said to me ‘Hey, we’d like you to drop the title to Cody. I just understood that was the right thing to do. Obviously when we talked about the rematch and everything, there was an understanding that we were going to trade it back and forth, but no one ever sat me down in a room and said ‘I want you to lose to Cody.’

On how they both just knew what was right for business: “We did the angle, we worked together, we did the whole thing, I knew what the best outcome was for the fans, and so did Cody. We didn’t need to have a conversation about ‘Will you put me over?’ And we also didn’t need to have a conversation … when it was time for him to do business back the other way. We just understood what was the right thing to do for the audience.”

Check out the complete Nick Aldis interview by visiting WrestlingInc.com.