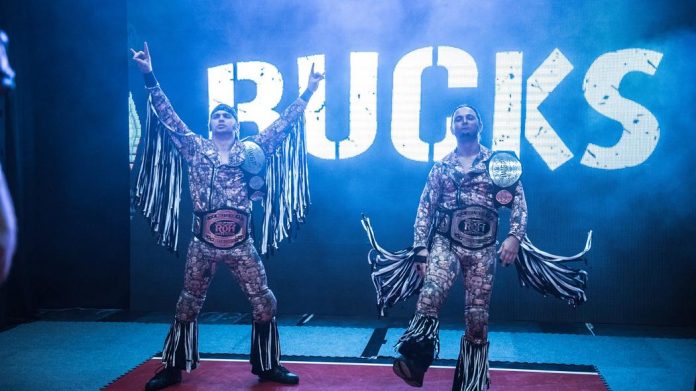 During a post-Fyter Fest media conference, Nick Jackson of The Young Bucks addressed the unprotected chair shot that Cody Rhodes took during the show:

“You think it was unprotected, and I’ll keep it at that. That was all Cody’s idea.”

“I don’t even know what happened, to be honest. All I know is he did get staples, so I’m going to have to look back and I’ll have a comment on it later. I do know that they ‘gimmicked’ the chair and it clearly didn’t work since he was bloody.”