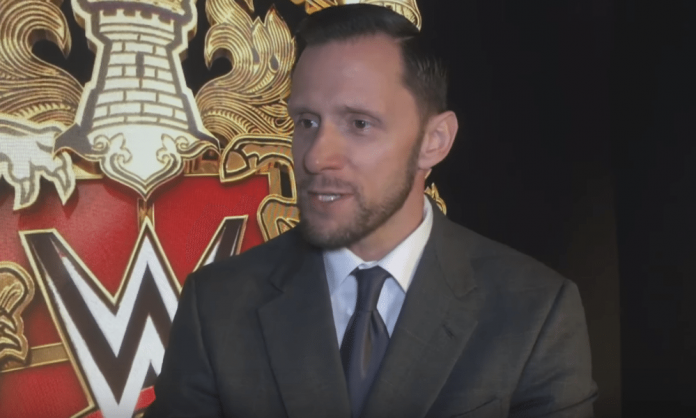 Nigel McGuinness was let go by WWE in October.

Around the time of his departure, WWE announced a significant restructuring of its commentary teams, announcing new lineups for Raw, SmackDown, and NXT. McGuinness had no role on any of those teams.

Initially joining WWE in 2016 as an announcer for the WWE UK Classic, McGuinness was later hired as a commentator for a number of programs, including NXT, NXT UK, Main Event, and 205 Live.

McGuinness posted the following on his Twitter page as his first public comments since leaving WWE last year, “Appreciate all the kind wishes. Good year ahead.”

After a successful career as a wrestler, McGuinness would make a great addition to any promotion, whether as a commentator or a coach/producer. Due to his history with the promotion, many fans believed he would be a great fit for ROH.

Tony Khan intends to produce weekly TV with episodes airing on HonorClub, though that hasn’t happened yet.

Stay tuned to PWMania.com for more. You can check out McGuinness’ official tweet below:

Appreciate all the kind wishes. Good year ahead.