— After joining the main roster in January, Nikki Cross did not get assigned to Raw or SmackDown LIVE during last month’s Superstar Shake-up. Her brand, however, is now officially confirmed.

The 30-year-old Scottish wrestler is a member of Raw, according to her WWE.com profile.

Cross worked her first match as a member of the Raw roster on this week’s episode of WWE Main Event, losing to Peyton Royce in a singles match.

— SmackDown LIVE’s Men’s Money in the Bank Ladder Match participants will compete in a Fatal 4-Way Match this Tuesday on SmackDown LIVE as WWE.com has announced that Intercontinental Champion, Finn Balor, Ali, Andrade, and Randy Orton will face off. 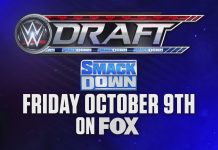 Videos: New Promos For WWE Draft And WWE Hell In A Cell 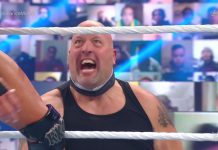