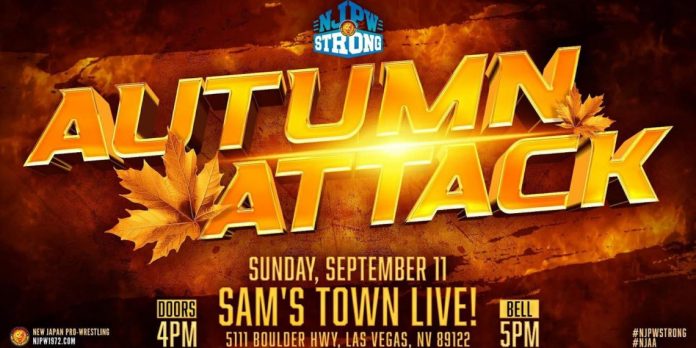 Mistico from CMLL has been confirmed for the tapings. With the exception of the combined CMLL-NJPW events he worked in January 2020, this will be his first NJPW show since August 2019 and his Strong debut.

As of this writing, no matches have been scheduled for the Autumn Attack tapings; nevertheless, Mistico has been featured with IWGP World Heavyweight Champion Jay White, NJPW Strong Openweight Champion Fred Rosser, Alex Zayne, and Tomohiro Ishii.