During the New Japan Road event in Korakuen Hall July 20, the culmination of the Summer Struggle tour was announced, taking place in the famous Jingu baseball stadium on August 29. The tour closing event marks only the second time that NJPW has run an outside event in the sacred sporting stadium, Battle of Last Summer in 1999 seeing Shinya Hashimoto face Masahiro Chono, and Great Nita and Great Muta in a No Rope Exploding Ring Deathmatch.

NJPW will bring the heat and the fireworks to wrestling’s biggest summer festival on August 29! 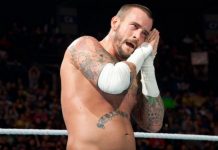